Warning: "continue" targeting switch is equivalent to "break". Did you mean to use "continue 2"? in /nfs/c06/h01/mnt/88637/domains/blog.irockcleveland.com/html/wp-includes/pomo/plural-forms.php on line 210
 I Rock Cleveland I Rock Cleveland | The Rockometer: The Physical World by Death from Above 1979

The Rockometer: The Physical World by Death from Above 1979 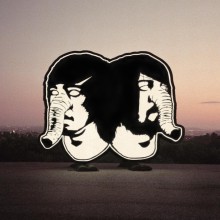 Death from Above 1979
The Physical World
Warner Bros/Last Gang

Note to clown rocker, Gene Simmons, and everyone else who trots out the old line, “Rock is dead.” Rock ‘N’ Roll is not dead. The ’70s are dead. The era of arena rock is dead. But that old spirit of Rock ‘N’ Roll, the desire to aim for the last row and blow every last fucking mind in the building, is not dead. Witness, Death from Above 1979, and their long-awaited comeback album, The Physical World.

Granted, a clown bro like Simmons may have trouble wrapping his head around a rock band like Death From Above 1979, a duo who conspicuously omit rock’s greatest weapon, the guitar. And, literal, like-minded folk who consider Motley Cure reunions the highlight of their summer may scoff at words most often used to describe Sebastien Grainger (drums/vox) and Jesse F. Keeler (Bass/keyboards). Words like disco-punk, dance-rock and electro scare those who long for a good solo punctuated by pyrotechnics. Just listen, guys.

This is the shit of youth. This is not giving a fuck. The is being loud and proud to be in a rock band.

The lyrics to songs like “Government Trash,” aren’t meant to be analyzed. They’re meant to be screamed in unison by every sweaty body packed in the room. Try it: “Twenty-One, twenty-One/Nobody knows anything at twenty-one/Twenty-Two, twenty-two/Nobody knows anything at twenty-two.” That’s the Rock ‘N’ Roll of our youth, packaged for the next generation.

Sure, it gets dumb at times, the way many of our favorite rock albums work your emotions. And, sure, Death from Above 1979 aren’t too keen on looking past the electro-thrash anthems of ten years back. But, when contemporaries from the past decade, like Karen O of the Yeah Yeah Yeahs, Julian Casablancas of the Strokes, and Interpol are flailing, trying to keep their relevance afloat, and we’re down to about three bands born after 2000 who can actually fill an arena in any big city USA, one has to rock what one’s got. Rock Death From Above 1979.