Warning: "continue" targeting switch is equivalent to "break". Did you mean to use "continue 2"? in /nfs/c06/h01/mnt/88637/domains/blog.irockcleveland.com/html/wp-includes/pomo/plural-forms.php on line 210
 I Rock Cleveland I Rock Cleveland | The Rockometer: 1984 by Ryan Adams

The Rockometer: 1984 by Ryan Adams 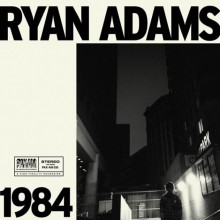 Everyone has a Ryan Adams in their music collection, an artist they followed closely as their career began and whom they’ve slowly stopped following as the years went by and each new release became a game of is it ok to listen again? For me, my Ryan Adams is Ryan Adams, himself. I’ve trashed, traded-in, an deleted too many Ryan Adams releases to count since 2002’s Demolition. So these days, when it comes to new Ryan Adams records, I let others do the listening.

Then, a strange thing happened. As Adams was ratcheting up the charm offensive for his new, self-titled solo album, he released a 7″ EP called 1984, a collection of rowdy, punked-up bar rock done in the style of The Replacements and Husker Du circa 1984. And instead of the usual divided press of modern Ryan Adams recordings, the verdict was nearly unanimous: You’ve gotta hear this!

“When the Summer Ends?”

It’s like Adams was there with Bob and Paul and all the boys in Minneapolis, boozing up a shit storm and wrecking local rock clubs. With all the angst, and the steely guitars piercing the ears, and 10-songs crammed on two sides of a 7″, it’s all so uncanny. Why can’t every Ryan Adams release be this perfect? Someone else listen to Ryan Adams output between 2002 and 2014 and get back to me. I have no interest in discovering the answer for myself. I’ve got my 1984.