Warning: "continue" targeting switch is equivalent to "break". Did you mean to use "continue 2"? in /nfs/c06/h01/mnt/88637/domains/blog.irockcleveland.com/html/wp-includes/pomo/plural-forms.php on line 210
 I Rock Cleveland I Rock Cleveland | The Rockometer: Commune by Goat

The Rockometer: Commune by Goat 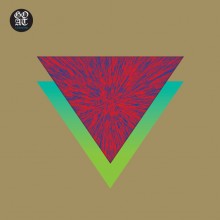 The good Goat is a menace. Modern head music tends to stick to one of three strains — The Velvet Underground and Spacemen 3 style drones, Sabbath and Sleep slow-moving doom, or stuck in the ’60s San Francisco revivalism. Sweden’s Goat can’t be characterized so easily. Shit, there are times during their Sub Pop debut record, Commune, that a PhD could come in handy as you’ll hear rhythms and melodies that can be vaguely characterized as Asian, African, or South American. How some Swedes from a remote tribe up north came across these exotic sounds is either a case study in how the internet bridges cultural divides, or a study in how not to believe everything you read in press releases. Regardless, the mix of throbbing electronics, tribal drumming and shamanistic vocals on “Words” is proof positive that Goat are not merely tourists, but true believers. The guitar solo jutting in and out of the mix, like a live wire crackling on wet pavement, only adds to Goat’s otherworldly appeal.

The good Goat is funky. Yes, you read that right, funky. White dudes and white women from the west dropped the funk from psychedelic head music ages ago. Tracks like “Goatslaves,” a mystical interpretation of ’70s blaxploitation themes can function both as groove monsters for the dance floor and tune in, drop out diversions for the solitary listener.

Yet, as funky and as menacing as Goat are on Commune, Goat can be even better. Any more, a sitar melody like the one on “Hide from the Sun,” comes across as a needless shortcut to spirituality. The instrumental, “To Travel the Path Unknown,” is similarly uninspiring and beneath the band’s assembled talents.

Instead, what Goat needs to become the funkiest, most menacing rock band of all lands, of all times is more like this:

That’s one sinister Rock ‘N’ Roll incantation of hell fire. That’s how you soundtrack possession. That’s how you play guitar when your pupils are rolled up inside your head.  That closing track “Gathering of Ancient Tribes,” is why Goat needs to drop that hippie shit now.