Warning: "continue" targeting switch is equivalent to "break". Did you mean to use "continue 2"? in /nfs/c06/h01/mnt/88637/domains/blog.irockcleveland.com/html/wp-includes/pomo/plural-forms.php on line 210
 I Rock Cleveland I Rock Cleveland | A Jam Packed Thursday with Nothing, Cult of Youth, Mr Gnome, Twerps, and Parkay Quartz

A Jam Packed Thursday with Nothing, Cult of Youth, Mr Gnome, Twerps, and Parkay Quartz 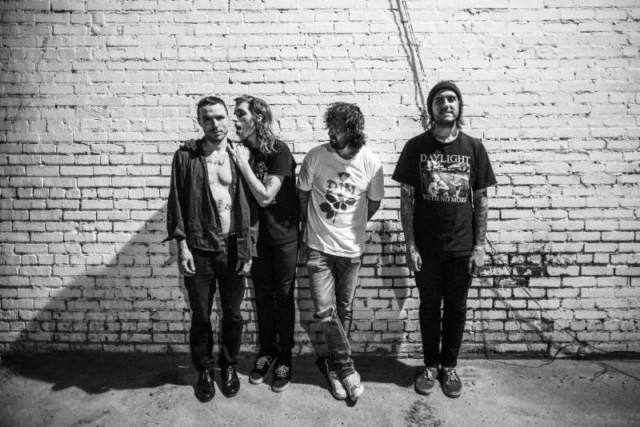 When the book is closed on 2014, or a month from now when music pubs start pushing their end of the year round-ups, a surprising release will likely top my list — Nothing’s Guilty of Everything. Upon it’s release, I found it more diverse and more engaging than most modern shoegazer albums (your best comparison may be ’90s alt-rockers Hum, a band who weren’t afraid to go full metal during their atmospheric rock jams), yet, I also felt emptiness upon my initial listens. Here was a band fronted by an ex-punk, ex-con and I wanted more of the story to come through in the lyrics. Turns out, Nothing wasn’t lacking. My patience was lacking. The title track kills me to this day.

“July The Fourth,” taken from Nothing’s upcoming split with Whirr (11/17 on RFC Records) ups the heaviness heard during patches of Guilty of Everything, but does so without sacrificing any of its grace. This is still a band with a big sound communicating big emotions through a medium in shoegaze more often known for its inherent disinterest.

For a band often described in terms of European neo-folk, “Empty Faction,” Cult of Youth’s first blast from their Final Blast LP (11/11 on Sacred Bones), was more of an adrenaline shot of Dischord rock than anything else. “Roses” on the other hand, is more in line with Cult of Youth’s previous output. The acoustic guitars and pastoral strings sure are folksy enough. Hang in there, and you’ll get to what makes Seth Ragon such a compelling artist — The unforgiving lyrics delivered in stoic baritone, the blasts of industrial rock leveling the calm, and the seemingly stoic Ragon shaking in agitation.

Cleveland’s Mr Gnome have always been a difficult duo to label — Electronic Rock, post-industrial, shoegaze, or give up and just call them alternative rock? Their latest album is going to make a tricky task even trickier. “Rise and Shine,” the groups first preview from Heart of a Dark Star (11/18 on El Marko) added garage rock and Jack White styled guitar theatrics to the mix. Now the second preview, “Melted Rainbow,” has a decidedly gospel feel to it. Yes, let’s just call Mr Gnome a rock band, a very talented rock band, and leave it at that.

There are two types of music fans in 2014: Those that can appreciate well-crafted, classically arranged guitar pop songs and those who need new shiny things. I have no idea what an FKA Twigs is, but I know two-and-a-half minutes of bliss and Australia’s The Twerps do those two-and-a-half minutes as well as anyone playing the old-timey game today. Look for their new album to be release this coming Winter on Merge Records.

To describe the music of Brooklyn’s Parquet Courts in one word, I’d pick herky-jerky. On Sunbathing Animal, their first release of 2014, the band’s blend of post-punk and pop featured as many precise stops and starts as it did hooks, and it had a whole hella lot of hooks. Still, one of the most memorable jams on that album was the one that broke the farthest from their established style — the blissfully wandering (and over seven minutes of), country and western of “Instant Disassembly.”

Now, don’t get confused by the title on this one. The Parquet Courts who recorded “Instant Disassembly” and Parkay Quartz who recorded “Uncast Shadow of a Southern Myth” are one of the same. They’re being clever, or something. They’re also mining more of that easy-rockin’ West Coast gold, a style that’s becoming increasingly fitting for a group who once could not be bothered stand still. Parkay Quartz’ Content Nausea will be out digitally on 11/11 and on CD/Vinyl on 12/2 via What’s Your Rupture.