Warning: "continue" targeting switch is equivalent to "break". Did you mean to use "continue 2"? in /nfs/c06/h01/mnt/88637/domains/blog.irockcleveland.com/html/wp-includes/pomo/plural-forms.php on line 210
 I Rock Cleveland I Rock Cleveland | Play Me: “Bury Our Friends” by Sleater-Kinney

Play Me: “Bury Our Friends” by Sleater-Kinney 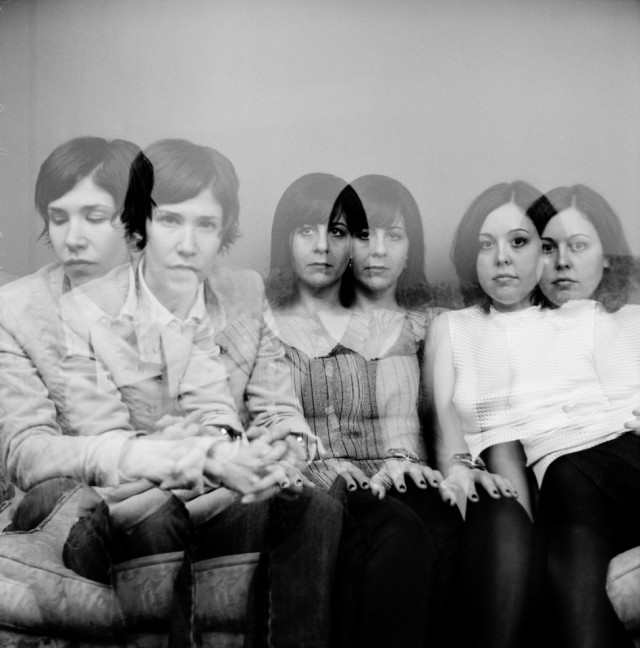 Beloved, Washington rock trio, Sleater-Kinney are back, and, hot damn, are they back in a big way. First there’s the matter of the career-spanning box set out tomorrow. Then, we found that career-spanning box set contained a mystery 45. The mystery 45 was confirmed to be from a new album, No Cities to Love (out 1.20 on Sub Pop). And, finally, that new album is leading to a world-wide reunion tour. Not a bad weekend for Sleater-Kinney fans, huh?

But before we get too far ahead of ourselves (You just know Corrine, Carrie, Janet will be wanted women on the 2015 festival circuit), we should really give that new single, “Bury Our Friends,” it’s due. And by due, I mean crank the shit outta of it.

From the first note, “Bury Our Friends” demands immediate attention as a fidgety post-punk melody reminiscent of Franz Ferdinand’s early ’00s hit, “Let Me Out,” is played with sublime agility by Carrie Brownstein and Corrine Tucker on guitar. Someone once remarked how Brownstein’s guitar playing was reminiscent of Television and that comparison has never been more apt than it is here when Tucker and Brownstein play games of chase during the verses only to align in an agreement on the chorus. Similarly, Janet Weiss’ drums alternate between exuberant freedom, splashing hits across the whole of the kit, to one sharply focused stomp for that chorus. And about that chorus, it’s hard not to join in with the band’s shouts of excitement — they sound renewed, refreshed, and ready to kick ass all over in a world which hardly resembles the scene they left nearly 10 years ago. “Bury Our Friends” may be the title, and the words that stick out the most, but the key phrase here is, “We won’t give in.”