Warning: "continue" targeting switch is equivalent to "break". Did you mean to use "continue 2"? in /nfs/c06/h01/mnt/88637/domains/blog.irockcleveland.com/html/wp-includes/pomo/plural-forms.php on line 210
 I Rock Cleveland I Rock Cleveland | The Rockometer: The Best Day by Thurston Moore

The Rockometer: The Best Day by Thurston Moore 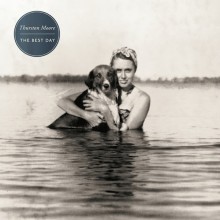 I’m not terribly interested in Thurston Moore’s personal life. As a Sonic Youth fan, it sucks that indie rock super couple, Moore and Kim Gordon split. But, I’m not going to get into the blame game, labeling Moore a misogynist pig for ditching Gordon for a younger model. Breakups aren’t easy. Breakups are rarely clean. And when a break up involves one of the most admired underground rock bands in history, it only serves to reason that some with no skin in the game will all of a sudden take a personal interest in Moore and Gordon’s personal matters. Sonic Youth was a fucking institution for three fucking decades. Yet, to hear Moore tell it, Sonic Youth had started to run its course, too.

Conspicuously, Moore’s first attempt at forming a post-Sonic Youth band, Chelsea Light Moving, ended with one album of vintage, ’90s era Sonic Youth sounds. It was as if Moore needed convincing that he could still be in a rock band when that band wasn’t called Sonic Youth.

On closer listen, however, one can hear Moore experimenting with styles he rarely used during his time in Sonic Youth. The title track, for example, leads with a swamp-boogie intro more apt for an aging band of classic rockers than one featuring one of abstract rock’s greatest performers before adjusting to a more familiar guttural rumble.

Later, tracks like “Tape” and “Vocabularies” tease a decidedly spiritual side with acoustic leads evoking not only the minimal, classical style of modern maestro, James Blackshaw, but also the black magic of one Jimmy Page.

Ultimately, The Best Day is an uplifting, life-affirming album expressing both calmness of mind and excitement for the future. And, at its best, the new tricks picked up by Moore align neatly with his established routine. “Speak to the Wild” leads with meditative tones — two chords do the bulk of the lifting for the tracks first three minutes, and then, instead of a grand explosion of noise, a guitar cacophony of Sonic Youth proportions, Moore’s solo relies heavily on repetition, either by picking the same string for multiple bars or by working climbing and descending arpeggios. Listen closely and there’s some of that trademark fuzz. But, it’s deep, deep in the mix. Similarly, “Grace Lake” leads with a simply picked melody played in bright, sparkly tones, gradually building from mindful ease to full band groove to minor key racket to feedback racket. The process is then reversed on the way back down. Graceful, indeed, and a surprise, even after all these years.