Warning: "continue" targeting switch is equivalent to "break". Did you mean to use "continue 2"? in /nfs/c06/h01/mnt/88637/domains/blog.irockcleveland.com/html/wp-includes/pomo/plural-forms.php on line 210
 I Rock Cleveland I Rock Cleveland | Play Me: “Straight” by A Place to Bury Strangers

Play Me: “Straight” by A Place to Bury Strangers 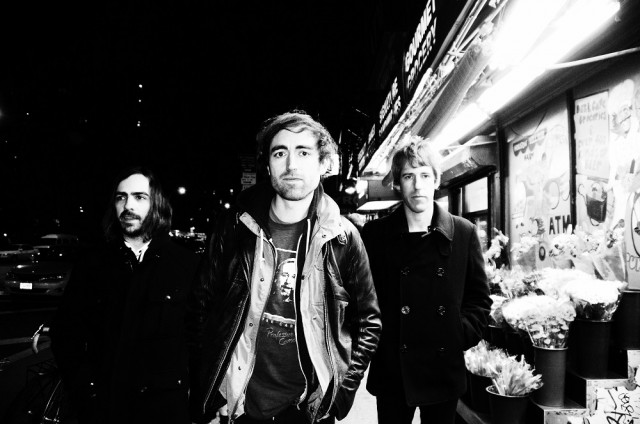 After exploding onto the scene in 2007 with one of the loudest and most jarring live shows in the game, the industrial-strength, New York noise band, A Place to Bury Strangers have often struggled to match the intensity of those early days when comparisons to Jesus and Mary Chain hung around the band’s neck like the storied albatross, only to be obliterated by a ruckus so severe, the human ear buckled in ecstasy. Or, to put it more succinctly, if you love it loud, you loved A Place to Bury Strangers.

Quite tellingly, neither follow up to their debut, neither 2009’s Exploding Head, nor 2012’s Worship, could strike the same mangled chord as their debut. Instead, the band’s next record to matter was the overlooked, 2013 EP Strange Moon, a collection of songs by underground punk heroes, Dead Moon, enhanced with the trio’s love of guitar effects, but grounded in the punk ethos essential to so many DIY artists from the punk and grunge eras.

A Place to Bury Stranger’s newest single, “Straight,” shows the lessons learned from that back to basics approach have not been lost. Sure, the drums may be set to motorik speed, steadily blasting a high speed route, but every other aspect of the track bristles with much needed spontaneity. Guitarist Oliver Auckerman, also the tweaker, adds his signature squawk at unpredictable intervals, reminding me of the tape masters of Mission of Burma (first Martin Swope and later, Bob Weston), and their warped, playful manipulations, and the mad scientist electronics of Brooklyn noisemakers, Parts and Labor. Mostly, I’m reminded what an overwhelming force this trio can be. Look for A Place to Bury Strangers new album, Transfixation to be released February 17th on Dead Oceans. Photo by Emily Berger