Warning: "continue" targeting switch is equivalent to "break". Did you mean to use "continue 2"? in /nfs/c06/h01/mnt/88637/domains/blog.irockcleveland.com/html/wp-includes/pomo/plural-forms.php on line 210
 I Rock Cleveland I Rock Cleveland | A Jam Packed Wednesday with JEFF the Brotherhood, Disappears, A Place to Bury Strangers, Dirty Dishes, and Twerps

A Jam Packed Wednesday with JEFF the Brotherhood, Disappears, A Place to Bury Strangers, Dirty Dishes, and Twerps 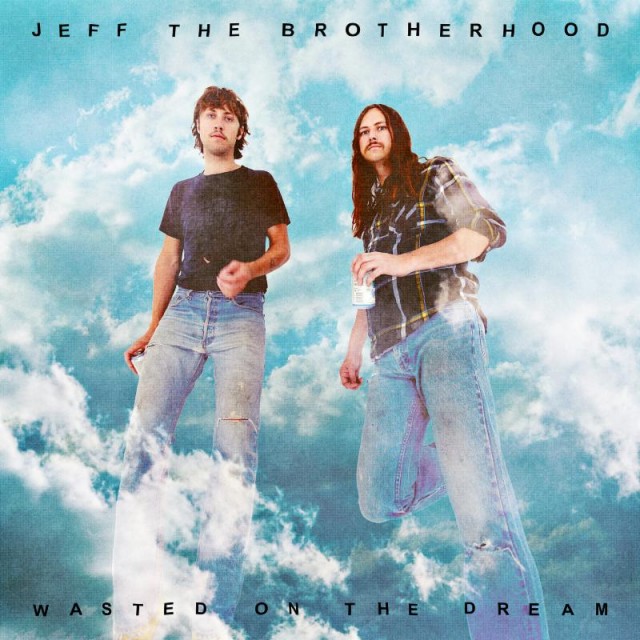 That picture up there, the one of the new JEFF the Brotherhood album, Wasted on the Dream, is reason number one why you should be worried about where the Nashville brothers are heading with their major label money. Jake and Jamin Orrall have always operated with a sense of humor, but the sincere looks on their faces up there in the clouds, lends one to believe they take their job as rock and roll saviors seriously. Either that, or they’re using Wasted on the Dream as an audition to star in the oft delayed Bill and Ted’s Excellent Adventure reboot. Neither look is a good one for the Orralls.

The album cover wouldn’t be so bad if it wasn’t followed by “Coat Check Girl.” Oh, the blandness, the auto-tune, the predictable major label melody that coulda been sung by anyone else on a major label — It’s like an All-American Rejects reject, or Weezer still trying to pretend to be young. Sorry, brothers, this is shit, not the shit, but just plain old shit.

Much more promising, is this new track by Chicago outsiders Disappears. While “Halcyon Days,” doesn’t match the dark, menacing tone of their last album, 2013’s Era, it’s no unicorn parade, either. The menacing sneer of krautrock and brown acid psychedelic rock has been replaced by minimal techno and dub, ominous minimal techno dub. I’m definitely interested in hearing what else dudes have been holding back when their latest, Irreal, drops on 1.20 on Kranky.

And while I’m not quite ready to call A Place to Bury Strangers’ latest, Transfixation (2.17 on Dead Oceans) the return to form album for the New York noisemakers, I do continue to be intrigued by their output. “We’ve Come So Far” is no exception. It’s as if they’re finally ready to shed that Jesus and Mary Chain label and make noise for the next generation. Warning, play at a safe volume.

We’re what? 20 years past the peak of grunge, and I’m still a sucker for bands like “Dirty Dishes,” who overstuff their power pop with down-tuned guitars and feedback. “Red Roulette” is highly recommended for those who’ve found themselves enjoying recent releases by the likes of Yuck and The History of Apple Pie, or alt-rock classics from the likes of Belly and Letters to Cleo. Look for Dirty Dishes’ new record to be released 1.27 on Exploding in Sound Records.

One day, I’ll write my unified theory of underground Australian rock of the early 21st Century. Until that day, I’ll continue to be puzzled by how such simple rhythms and such plain melodies, played like life is an endless drag and sung with a shrug, resonate so strongly. Until that day, I’ll just soak in the sweet bummer of numbers like the Twerps newest one, “I Don’t Mind,” from their Merge Records release, Range Anxiety (out 1.27).