Warning: "continue" targeting switch is equivalent to "break". Did you mean to use "continue 2"? in /nfs/c06/h01/mnt/88637/domains/blog.irockcleveland.com/html/wp-includes/pomo/plural-forms.php on line 210
 I Rock Cleveland I Rock Cleveland | Exploding in Sound, Indeed: New Jams by Pile and Krill and the Burgeoning Boston Rock Scene 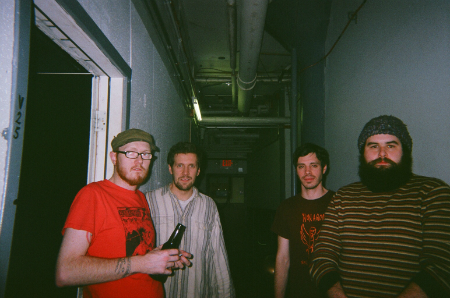 Back in the day, and on the wrong side of 40, I’ve earned the right to say back in the day without a trace of irony, one could judge a band by its label. Notably, there was Sub Pop of course, who through the help of Nirvana came to be known as the prime breeding ground of grunge and gnarly guitar rock. Then, post-Nirvana, there was Amphetamine Reptile, a reliable and respected outlet for heavier, more aggressive rock sounds.

While these days, most major indies seek to diversify their line-ups, there are still a few places where a label’s name can serve as shorthand for the band’s they release. Fans of garage and punk rock, can rely on labels like 12XU, Trouble in Mind, and Hozac to provide a steady stream of unknown pleasures in those genres. And, increasingly, Exploding in Sound, is positioning itself as a must for those who enjoy their indie rock with an emphasis on the word rock.

First, there’s the label’s flagship band, Pile, who’ve introduced their March 3rd release, You’re Better Than This, with the two-minute epic, “#2 Hit Single,” a relentless number which both recalls the likes of late ’90s guitar rock heroes Modest Mouse and Built to Spill and the aforementioned bludgeon of AmRep Records. Like a high speed chase with much wreckage, these Boston dudes crank the shit out of their instruments, and still manage to make it through each high speed maneuver with enough momentum for that next test of structural integrity.

Then there’s Pile acolytes, Krill, who are following up their 2014 EP, Steve Hears Pile in Malden and Bursts into Tears, with a new LP of their own. “Foot,” is the second track to be released from A Distant Fist Unclenching, and like its predecessor, “Torturer,” is heavy on emotional wreckage, heavy on musical wreckage, and an absolute delight for those who demand more than verse-chorus-verse and repeat for ten tracks on an album.