Warning: "continue" targeting switch is equivalent to "break". Did you mean to use "continue 2"? in /nfs/c06/h01/mnt/88637/domains/blog.irockcleveland.com/html/wp-includes/pomo/plural-forms.php on line 210
 I Rock Cleveland I Rock Cleveland | The Rockometer: Range Anxiety by Twerps

The Rockometer: Range Anxiety by Twerps 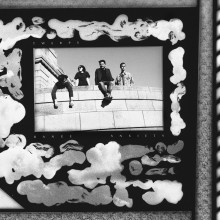 The Twerps are admitted fans of the Go-Betweens. And, depending on your own listening habits, you may hear traces of C86, The Kinks, or the Shins on Range Anxiety, the band’s first album for Merge Records. This is all another way of saying the casual facade of this Australian quartet conceals a deep understanding of what makes guitar pop tick.

Consider, “I Don’t Mind,” and notice how variations of the same pastoral melody are staggered between bass and two guitars. The vocals share a similar calming, care-free vibe of the edge of a beach and toes dipped into the ocean. An instrumental swell arrives, doubling the track’s footprint, yet, the build is so gradual and executed so deftly that it’s difficult to pinpoint exactly where and when this wave began.

There are times on Range Anxiety, however, where one wishes the Twerps would spend as much time working their words to perfection as they did on those impeccable melodies. I understand we’re purposefully working with a limited palette here, but rhyming me, be, free, trees and leaves is unnecessarily elementary.

Believe me, I’m not being nitpicky for the sake of it. Rather, this is a band capable of the immaculate. I could, and I have, listened to “Shoulders,” time and time again.

Such grace. Such beauty. Such intimacy. It’s as if the Twerps’ Julia McFarland is there in your living room, speaking to you at the end of the worst work day ever, phones that didn’t stop ringing, every email tagged as urgent, coffee stain on a white shirt, pasta sauce on khakis, a blame game meeting where you were the target, a meeting where some shit claimed your ideas as his own, and for three-and-a-half minutes none of that matters. That’s the type of band the Twerps are capable of being.