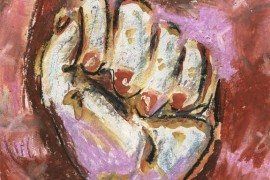 Like their brothers in rock, Pile, the Massachusetts act Krill are one of those bands who wouldn't know a chorus if the chorus was a wet Atlantic salmon and they were smacked over the head with a wet Atlantic salmon chorus. They're also one of those bands who tend to nerd out, and noodle on their instruments for minutes on end like early Modest Mouse and early Built to Spill. Oh, and bassist/vocalist, Jonah Furman has a unique way with words. The most memorable track on the trio's 2014 release, Steve Hears Pile in Malden and Bursts Into Tears, was called "Turd." Furman literally imagined himself as a turd, as in a piece of shit, going down the commode. This is all to say Krill are not going to be everyone's favorite new band, not everyone is going to get it. Those not content with the status quo in modern guitar rock music, however, should by all means get themselves more familiar with the weird world of Krill.
Read More 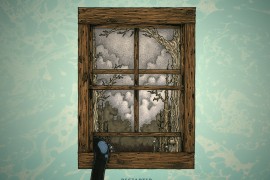 As the title would imply, Restarter is a deliberate attempt by Florida heavies, Torche, to realign their recorded output with the band they consider themselves to be. Their previous two efforts, 2010's Songs for Singles EP and 2012's Harmonicraft, downplayed their background in the sludge and doom metal scenes, and instead focused on quick-hitting (and oh so burly) pop-metal. In one particularly memorable soundbite from this era, conservative commentator, and closet rocker, Mike Huckabee, labeled Torche the heavy metal Foo Fighters. It fit, especially if you've only heard Torche through earbuds.
Read More 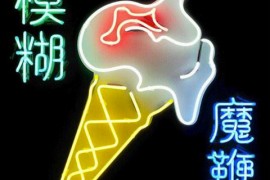 Well, burn my biscuits, I didn't see this coming. Brit-Pop icons, Blur, announced today that they will be releasing Magic Whip, their first album of new material, in 12 years on April 28th. Not only that, but they've released the first preview track from the album, too. Oh, and the news gets even better: guitarist Graham Coxon is back in the fold, too.
Read More 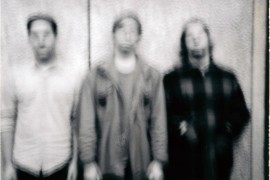 This One Rips: “Acetate” by Metz

If you're at all familiar with the Toronto trio, Metz's debut, then you should have a good handle on what to expect when you click on that new track, "Acetate," below, from the band's new Sub Pop release, II, due out on May 5th, but, sweet baby Jesus, does this jam rip. It's like everyone in the band changed their name to Ripper and took their new names to heart by ripping up everything in sight: the joint; guitar, bass, and drums, punk; noise and post-hardcore.
Read More 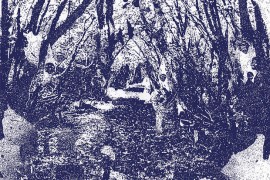 Six years is an eternity in modern music. In six years, your old fan-base has grown up, moved to the suburbs, and bought a baby-hauling, suburban utility vehicle, or two. It's not like the influential, noise duo, Lightning Bolt, intended such a long delay between albums, either. In a recent interview with Rolling Stone, Brian Gibson and Brian Chippendale recounted multiple recording sessions that simply fell flat.
Read More 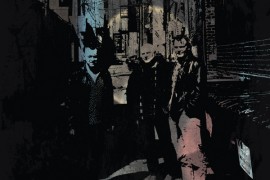 "Flatiron" is the first new track by Aussie punk legends, feedtime, in some 20 years, and whether you first got into 'em by the recent Sub Pop box set, or were hip to the band back in the day on the good word of Mudhoney's Mark Arm, you will want to crank this monster jam. It's all gruff and guitar, broken bones and broken homes. Gutter punk is rarely this exuberant.
Read More