Warning: "continue" targeting switch is equivalent to "break". Did you mean to use "continue 2"? in /nfs/c06/h01/mnt/88637/domains/blog.irockcleveland.com/html/wp-includes/pomo/plural-forms.php on line 210
 I Rock Cleveland I Rock Cleveland | The Rockometer: Restarter by Torche 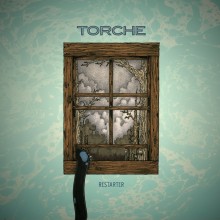 As the title would imply, Restarter is a deliberate attempt by Florida heavies, Torche, to realign their recorded output with the band they consider themselves to be. Their previous two efforts, 2010’s Songs for Singles EP and 2012’s Harmonicraft, downplayed their background in the sludge and doom metal scenes, and instead focused on quick-hitting (and oh so burly) pop-metal. In one particularly memorable soundbite from this era, conservative commentator, and closet rocker, Mike Huckabee, labeled Torche the heavy metal Foo Fighters. It fit, especially if you’ve only heard Torche through earbuds.

Those who have witnessed the earth-moving power of Torche live and have had our guts shaken by the sheer force of this foursome turning the amps up to minor earthquake and locking in on a chord know to expect more. Restarter restores the rumble.

Songs like “Annihilation Affair” and “Minions” pummel their surroundings with mutant, Hulk-like girth. No modern band does more with only a handful of chords.

Now, something like, “Blasted,” a track more in the vein of verse-chorus-verse rock (albeit with bass drum hits like a bricks of plastic explosives), becomes more ecstatic.

And, the lightning quick guitar riffs of “Bishop in Arms,” are all the more impressive. It’s speed metal with a lot less flair, a lot less hair, and a whole hella lot more of that trademark Torche rubble in the rear.

Another way to think of Restarter is to think of it as a Hollywood action movie. Even fans of these summer flicks loathe the work of Michael Bay, a director notorious for making his movies one long action sequence. If every scene has an explosion are there any real explosions? Similarly, if every song on an album is treated as a three-minute anthem, do you truly have an anthem?

Explosions, like anthems, are relative, of course, and by returning to a more balanced plan of attack of rumble and roar, then rise up and shout, Torche have delivered their most consistently rewarding album in years. It’s also good for removing china from shelves, loosening up plaster, and making friends with new neighbors who have an aversion to ceiling rattle at seven o’clock in the evening. That’s still rock o’clock in my house.