Warning: "continue" targeting switch is equivalent to "break". Did you mean to use "continue 2"? in /nfs/c06/h01/mnt/88637/domains/blog.irockcleveland.com/html/wp-includes/pomo/plural-forms.php on line 210
 I Rock Cleveland I Rock Cleveland | The Rockometer: S/T by Beech Creeps

The Rockometer: S/T by Beech Creeps 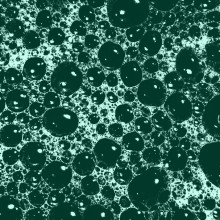 It’s March 4th, the streets of Cleveland are lined with black, nasty ice sculptures, remnants of three weeks where the temperature rarely rose above freezing and the snow kept piling, and I have found my summer jam. It’s “Times Be Short,” by the New York band, Beech Creeps.

How fucking sweet was that? It’s the sunset strip and the side of the gutter, the Sonic Youth and Guns ‘N’ Roses collaboration you never wanted to hear with high-arching, guitar riffs aiming to shoot the sun down from the sky and a vocalist in, Yka Mofongo, aka, Mark Shue of Doug Gillard’s band and Pterodactyl who would absolutely murder heavy metal karaoke night with pipes equal parts glam and grime. And grime, this thing is caked in the gnarliest, skronkiest grime one can find. If only I had a Camaro and a 50-degree day, I’d blast this thing for all of the West Side to hear. After a month of ass cold, 50 degrees is summer, and “Times Be Short,” is the jam.

The other members of Beech Creeps have taken similarly kooky aliases as Mr. Mofongo. Luke Fasano, who’s played in Yeasayer, is Ron Llave and Zach Lehrhoff, most notably of Ex Models, is PP Colada. Five of the seven songs on their self-titled debut, reference the beach, or beech as it is, or vacation, or a life of giving zero shits. There’s “Teenage Boogie,” “On the Beech,” “Everybody Loves the Beech,” “Son of Sud,” “The World is Your Motel,” and well, you get the idea. Dudes are going out of their way to not be taken seriously. Except, you can’t ignore this record.

Together, the three members of Beech Creeps have such a deep grasp of the Rock ‘N’ Roll canon. They play with such freedom. This is the type of record musicians make when they want to make a record for themselves.

At times, I think of the old anything goes style of The Men on their album Leave Home, the album before they became such Tom Petty devotees and writers were falling over themselves to place The Men in a larger skronk rock movement. Other times, I think of Jane’s Addiction, of all fucking bands, and how the echoes of LA’s hair scene could still be heard in their music. I haven’t seriously considered Jane’s Addiction in the past ten years, and only then, I wouldn’t necessarily think of Jane’s Addiction, but I’d instinctively nod along with Sirius/XM Lithium when an old Janes jam hit the radio.

Yes, yes, and yes, whatever Beech Creeps touch, be it gnarly waves, the nastiest punk, or ’80s metal outtakes, shreds in the end.

Now, about that 50 degree day. I have a hatchback, not a Camaro, aching to rattle its way, windows down, all over town, and a record you rockers gotta hear.