Warning: "continue" targeting switch is equivalent to "break". Did you mean to use "continue 2"? in /nfs/c06/h01/mnt/88637/domains/blog.irockcleveland.com/html/wp-includes/pomo/plural-forms.php on line 210
 I Rock Cleveland I Rock Cleveland | Should You Buy the New Blues Explosion Album? Take the Quiz

Should You Buy the New Blues Explosion Album? Take the Quiz 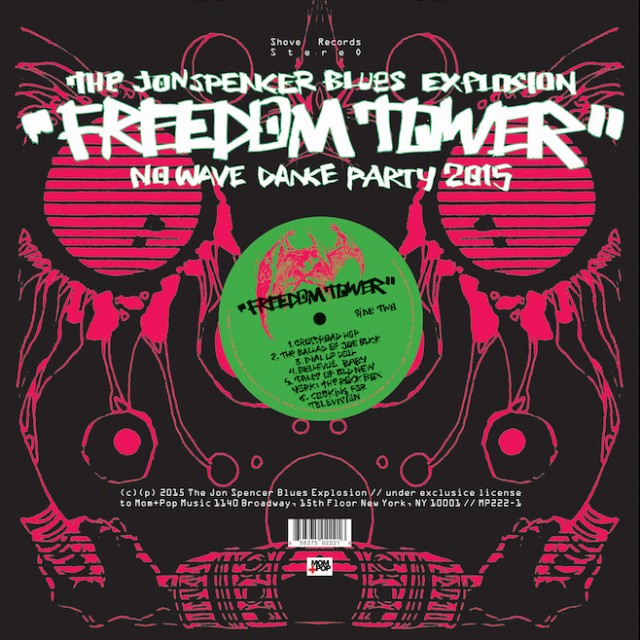 ’90s alt-rock innovators, the Jon Spencer Blues Explosion, have a new album out. Should you buy it? Take the quiz and find out.

1. In the history of the known world, there have been how many blues explosions?

A. Let’s see, Mississippi, Alabama, Detroit, Kansas City, Chicago. That’s five.
B. Maybe six. Let’s add New York City.
C. Back in the day, blues exploded all the time, like meth labs. More than 10.
D. There has been, and still is one and only blues explosion, The Jon Spencer Blues Explosion.

2. Are you ready for the one and only Jon Spencer Blues Explosion?

A. I suppose so. I’ve just finished two seasons of Downton Abbey and I am ready for something different.
B. Nah, I just got this new coloring book. It’s meditative.
C. Yeah.
D. Aw, hell yeah.

3. I said, ARE YOU READY FOR THE ONE AND ONLY JON SPENCER BLUES EXPLOSION?

4. Listen to the below track. Do you hear the blues?

8. Think about your typical Friday night. Your activities would include the following (check all that apply):

A. A Lap Dance

B. Talkin’ About the Blues
C. Fuckin’ Shit Up

D. Food served on plates that aren’t plates, but artsy fartsy things like shoes or shovels.

9. In the great funk debate, where do you stand? Do you get on up, or do you get on down?

A. Betty
B. The NYPD

C. Fuck the Police.
D. I’m coloring and I’m in a peaceful place. I no longer have the desire to fight, or to take your click-bait quiz, for that matter.

All kidding aside, and this test was in jest, Freedom Tower: No Wave Dance Party 2015, finds the Jon Spencer Blues Explosion in fine form, perhaps their finest form since their ’90s hey-day when they had famous people in their videos and collaborated with the likes of Beck and The Beastie Boys’ Mike D. Guitarist Judah Bayer has more riffs than your corner riff racket. Drummer, Russel Simmins, meanwhile, keeps laying down rhythm tracks like the old skool is the only school in town. And Jon Spencer? Well, he’s still a cocky fuck who thinks his band is the only true Rock ‘N’ Roll show in town, and you know what? The band finally has an album to match their still ferocious and still funky live shows. Any number of tracks from Freedom Tower would slide easily into a set packed with favorites from Extra Width, Now I Got Worry, Orange, and Acme. Plus, with rock and hip-hop mashups shedding the stigma of Limp Bizkit after some fifteen years (think recent work by Obnox and Death Grips), it’s worth revisiting a group, like the Blues Explosion, who made a career of slamming punk, blues, rock, and rap up against each other for the greater good.