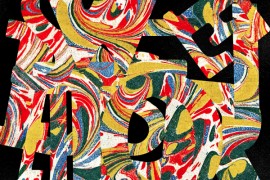 niform's "Perfect World" is not what you'd expect from a new project featuring Ben Greenberg, last heard in The Men. With each successive release, The Men have become more classic rock than punk rock or noise rock. Uniform on the other hand, are capital noise with a little rock thrown in.
Read More 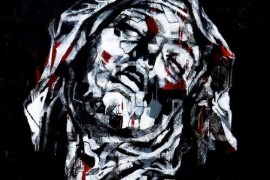 The Rockometer: Neither Virtue Nor Anger by Sonic Jesus

With very few of the limited edition goods interesting me this Record Store Day outside of The Replacements reissue and the Mclusky reissue, I was ...
Read More

Indie Rock Is Too White; Meanwhile Two Black Dudes Are Behind the Baddest Punk Rock Records of 2015

We, as Americans, have a long, proud history of segregating music. Rock and country are white. Rap, hip-hop, soul, and R'N'B are black. Go further back, and jazz music was off limits to those of fair skin with and over-protective parents. Removing one word, "indie rock," from the history of music segregation will do little to change the musical landscape. No "indie rock" simply means people will need another phrase to describe music outside of the top 40, ideally, something less wordy than, "Underground rock music, and some electronic music, and a metal band or two, and every once in a while something popular like Kanye." Yet, what grates me the most about the whiteness of indie rock think piece in 2015 is that these writers are missing the big picture. On this very day, in the year 2015 of our lord, the two most exciting bands in indie rock/underground rock/punk rock/not top 40 rock, are lead by black men: MC Ride of Death Grips and Lamont "Bim" Thomas of Obnox.
Read More 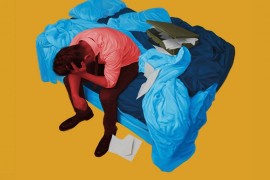 Watch Me: “Blessed” by KEN Mode

In the spirit of full disclosure, the album cover you see above for KEN Mode's forthcoming Success (6.15 on Seasons of Mist), looks an awful lot like my couch. Shit, I look an awful lot alike the man on the couch. My couch is covered with blankets and pillows and there's a work laptop sitting on my couch this very morning, and there are loose papers scattered on the couch, too. At one point this morning, I was bent over in the fuck my life pose. Better living through technology, yo! I can have a shit day at work from the comfort of my own home and it's only 9:30 in the morning.
Read More 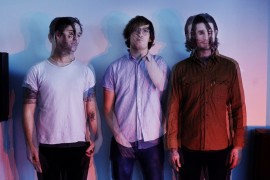 Play Me: “Spit You Out” by Metz 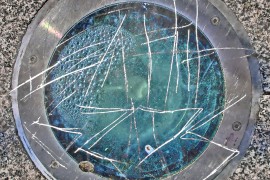 The Rockometer: The Powers That B by Death Grips

Death Grips' double album, The Powers That B, features both the best and worst of these Sacramento noise-rap agitators. On the first album, subtitled, Niggas on the Moon, we get principals MC Ride and Zach Hill indulging their worst impulses. I'll be damned if there's a song here, but there's a lot of busted up beats and slobbering spit takes from MC Ride. Believe it or not, Icelandic national treasure, Bjork is on here, too. Unfortunately, her vocals and pitched, cut up and wrecked to the point where she's no more than another source of irritation, perhaps the primary irritation.
Read More