Warning: "continue" targeting switch is equivalent to "break". Did you mean to use "continue 2"? in /nfs/c06/h01/mnt/88637/domains/blog.irockcleveland.com/html/wp-includes/pomo/plural-forms.php on line 210
 I Rock Cleveland I Rock Cleveland | The Rockometer: II by Metz

The Rockometer: II by Metz 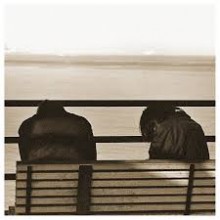 This is side one, track one on the new Metz LP.

And this is the second track.

And this is the third track.

Now, listening to a Metz LP isn’t the same as being at a Metz concert. The record doesn’t come packaged with a vial of sweat from guitarist/vocalist Alex Edkins. You don’t get to see him transform from everyman to raging man. And, there’s no threat of taking a boot to the head from the crowd surfer elevated center stage. For real, in the year 2015, people crowd surf at a Metz show. Maybe not at your fancy pants clubs in New York and LA, but here in Cleveland kids can still get a lift to the top of the throbbing masses.

But, after the first three tracks by these Toronto punks on the simply titled, II, you can get pretty damn close to the experience of being there.

For the veteran rockers, the sharpened guitars, ratcheted up to higher registers and the bombastic rhythm section will conjure flashbacks to AmRep records burly stable of underground rock and the noisy ’90s scene of New York City inhabited by bands like Unsane, and wasted nights spent inside the Euclid Tavern. The sound was heavy and suffocating. You could bang and thrash and give your rock club buddies cheap beer showers without the threat of douchebag revenge.

For the uninitiated, you can think of it this way: Grunge changed everything and then got too popular and forced a split where where assholes like Nickelback and Creed made the new rock sound a lot like the older shit on classic rock radio, while those who found solace in noise, took things in the opposite direction and things got gnarly, nasty and rotten. Or, you can find one of us vets at the Metz show and ask for a lift to the top of the crowd. We’ll gladly comply and you’ll understand Metz’s appeal. The thrash is rare and real.