Warning: "continue" targeting switch is equivalent to "break". Did you mean to use "continue 2"? in /nfs/c06/h01/mnt/88637/domains/blog.irockcleveland.com/html/wp-includes/pomo/plural-forms.php on line 210
 I Rock Cleveland I Rock Cleveland | Watch Me: “Ong Ong” by Blur 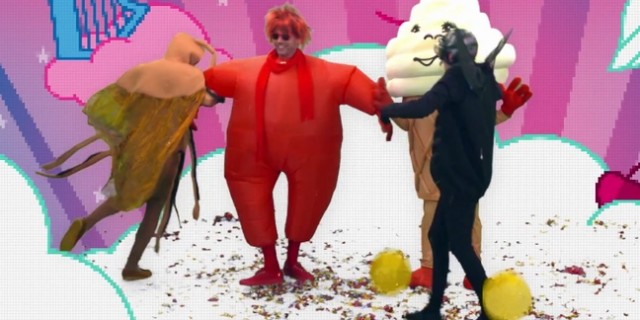 There’s a Blur review of their new album, The Magic Whip, sitting unfinished in draft. It exists, much like The Magic Whip exists. Really, the only thing I can say about The Magic Whip is that it exists. It’s not about to replace Parklife as everyone’s favorite Blur album. It won’t inspire new listeners to explore Blur’s back catalog. Neither, is it an embarrassment. It’s mature, idiosyncratic melodies exist in a state of blah.

But this song, “Ong Ong,” is the one song where my ears perk up. It’s upbeat and playful and memorable and the zombie-like background vocals provide a unique contrast to this otherwise upbeat number. All over The Magic Whip I’m begging the boys to show some life. Here, those same doldrums are the life of the party (and Damon Albran dressed in an ice cream cone costume).