Warning: "continue" targeting switch is equivalent to "break". Did you mean to use "continue 2"? in /nfs/c06/h01/mnt/88637/domains/blog.irockcleveland.com/html/wp-includes/pomo/plural-forms.php on line 210
 I Rock Cleveland I Rock Cleveland | The Rockometer: Feels Like by Bully 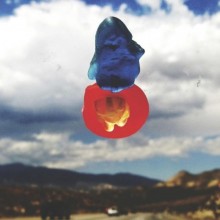 Bully’s Alicia Bognanno has something to say about women in rock, too. Her band’s debut album, Feels Like, is an adrenaline fueled trip down memory lane to a time that really isn’t that too far in the past when the original Riot Girls inspired ’90s chart toppers like Hole, L7, and, um, Lisa Loeb. No really, listen to Bognanno and one moment she shows all the vulnerability of a first-timer at open mic night, like a Lisa Loeb, and the next moment she’s raging like Courtney Love, born and bred in the seedier spots of the rock scene.

Even when Bognanno and Bully are cranking out a pop-punk, fist-pumper, like, “I Remember,” she isn’t afraid to be fragile, presenting herself drunk and vulnerable and sad, as she screams it out.

And that’s the beauty of this record. With its reliance on soft-loud-soft dynamics of grunge rock, it feels like it could have come out 20 years ago, but its messages of strength and determination learned through the trial and error of youth are timeless, and dare I say, ready made for Rock ‘N’ Roll radio.