Warning: "continue" targeting switch is equivalent to "break". Did you mean to use "continue 2"? in /nfs/c06/h01/mnt/88637/domains/blog.irockcleveland.com/html/wp-includes/pomo/plural-forms.php on line 210
 I Rock Cleveland I Rock Cleveland | New Jam City: New Jams by Blank Realm, Deaf Wish, Le Butcherettes, Nervosas, and Pleasure Leftists 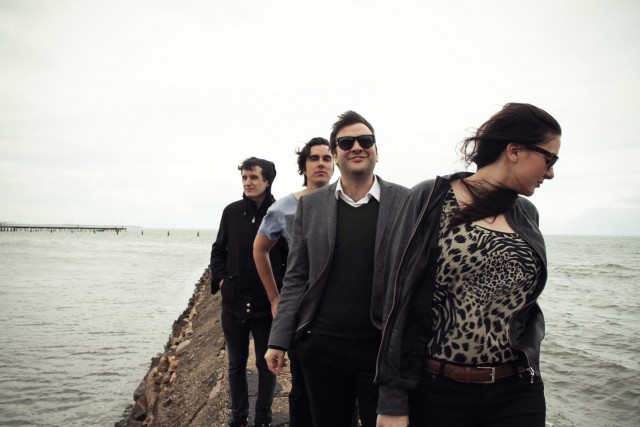 Brisbane, Australia’s Blank Realm have always had a gift for classically-styled new wave and punk melodies. It’s just that they also have a mischievous, almost destructive side, anxious to wreck those perfect melodies with feedback and screech and all manners of playful fuckery. “River of Longing” cleans the process up considerably. The vocals are right out there, in the front of the mix, and all that wonderful fuckery bides its time in the background, waiting for the right moment to erupt. The right moment being that gloriously cacophonous ending. Blank Realm’s latest, Illegals in Heaven, will be out 9.4 on Fire Records.

Staying in Australia, Deaf Wish’s latest, “They Know,” manages to rage while simultaneously recalling heroin chic days. The driving guitars, meticulously layered into pulsating whir, and breakneck rhythm stand in stark contrast to vocals delivered by a body too cranked to crawl. Don’t do drugs. You’ll never do better than Deaf Wish. Pain by Deaf Wish will be out 8.7 on Sub Pop.

I’ve rocked “They Fuck You Over,” a few times now and I still can’t divine what it is vocalist Teri Gender Bender is railing about in Le Bucherettes latest jam. The man? Men? Does it matter? An anthem like “They Fuck You Over” gets its power from inclusion. Today, I’m going to rage against Time Warner. You can pick your own enemy.

And talk about raging, get a load of this track, “Parallels” by Columbus, Ohio’s Nervosas. It’s got all the speed and sly technical ability of ’80s hardcore, but without all of that posturing and bullshit, putting the focus on the music instead of some bullshit manifesto. Look for Nervosas latest to be released July 10th on Dirtnap Records.

Lastly, we’ve got the new one by Cleveland new wavers, Pleasure Leftists, a track titled “You You,” from their forthcoming Deranged Records release, and hot damn, do these locals have it going on. It used to be I followed Pleasure Leftists because bassist Steve Pfeffer owns a rad record shop in the Gordon Square area, and during the many times I’ve shopped at his Hausfrau Records, he’s turned me on to countless rockers. The production, the singing, the musicianship, everything about this dark new waver is better than what I’ve heard from Pleasure Leftists in the past.