Warning: "continue" targeting switch is equivalent to "break". Did you mean to use "continue 2"? in /nfs/c06/h01/mnt/88637/domains/blog.irockcleveland.com/html/wp-includes/pomo/plural-forms.php on line 210
 I Rock Cleveland I Rock Cleveland | New Jam City: Hear New Jams by Deafheaven, Destruction Unit, My Disco, Blank Realm, and Deerhunter 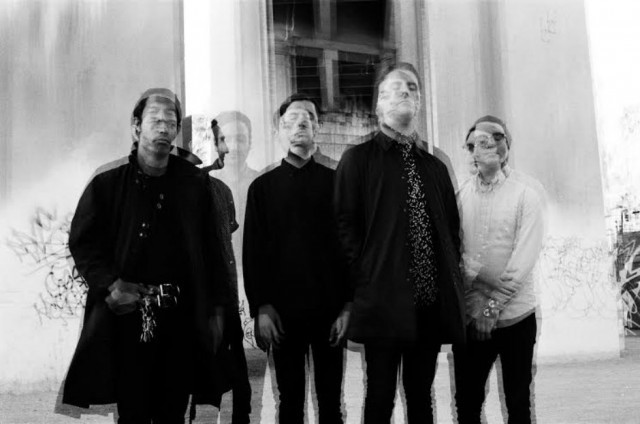 Deafheaven’s “Brought to the Water,” isn’t a total reinvention of modern heavy into some overwrought philosophical work, like that of that other heavy-as-holy-hell, but totally not a black metal band, Liturgy. Rather, it’s a refinement of the visceral thrills which made Deafheaven’s debut so compelling. In addition to the rapid-fire riffs, with their crescendos arching high into the skies, and those machine gun drums firing faster than humanly possible, the band pepper the first track from their latest album, New Bermuda (out 10.2 on Anti-) with classic, ’80s speed metal guitars, and even some well-worn, classic rock stylings. And screaming. Yes, lead scream, George Clarke, has no respect for his vocal chords.

“The Upper Hand” is our second preview from desert noise-punks, Destruction Unit, and their forthcoming Sacred Bones album, Negative Feedback Resistor due out on 9.18. And like their best work, this one blazes its own trail where head music and bust-your-head-open meet. Prepare yourself for lots of feedback and lots squelching melodies and then make sure those boots are laced up good and tight. This one gets loud and rowdy.

My Disco’s “King Sound” is one impressive sounding track. By fusing the minimalist ideals of post-punk with the twisted indulgence of noise rock blast, the Australian outfit craft something that is at the same time familiar and unsettling. Look for this one to come out this fall on Temporary Residence, or maybe not, if it gave you the creepy crawlies.

Blank Realm’s transition from the bedroom to the studio is going quite well, thank you. “Palace of Love,” is practically giddy, in that way The Cure could occasional turn their perma frowns upside down. Listen to those bouncy keys and feel that get-up rhythm. Take a closer listen and those bouncy keys obscure, what, like four or five complimentary melodies. It’s a head fuck. It’s a dance party. It’s punk growing up but not giving up or selling out. Blank Realm’s Illegals in Heaven will be released 9.18 on Fire Records.

During the height of disco, many of the days biggest rock bands, from underground successes like Blondie, The Talking Heads, and The Clash, to more mainstream acts, like The Rolling Stones, went funky. Consequently, as we live in another era where dance music is king, we shouldn’t be surprised when weirdo garage rock heroes, like Deerhunter, begin to incorporate more elements of electronic music into their work, too. “Snakeskin,” from Deerhunter’s latest (Fading Frontier out 10.16 on 4AD) manages to get light and funky, while not foresaking the strange skronk which made the band great.