Warning: "continue" targeting switch is equivalent to "break". Did you mean to use "continue 2"? in /nfs/c06/h01/mnt/88637/domains/blog.irockcleveland.com/html/wp-includes/pomo/plural-forms.php on line 210
 I Rock Cleveland I Rock Cleveland | The Rockometer: High by Royal Headache 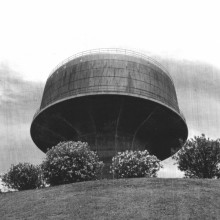 If musicians were subject to rules of an NFL-style draft, Royal Headache’s vocalist, a man who goes by the name Shogun, would be a first round pick. His voice has the wear of a life that hasn’t always been an easy one to live. He’s got soul. He’s got effortless range. If he came in the age in the late ’60s he could have fronted the Faces. In the ’70s it would have been The Nerves or The Jam. And, if he came of age in the ’80s, and really, really liked his booze, he could slide right into an outfit like the Replacements. In the grunge era, he would have sung like he had marbles in his mouth. Let’s be glad Shogun is not active in 1995, but in 2015, where he sounds right at home in this scrappy four-piece, garage band from Sydney.

There are three other men in the band: Shorty (drums), Law (guitar) and Joe (bass). Joe may have gotten the last pick when it came time to claim band member names, but there’s no reason to feel sorry for the man with the normal name. The rhythm section is essential to Royal Headache’s second biggest asset: Their restless and relentless drive. Soul is rarely played with such speed. Punk rarely has such soul.

High isn’t a perfect album. Note, I never said anyone in Royal Headache would be my first round pick for songwriter. The band’s first attempt at a ballad, “Wouldn’t You Know,” is clunky and cliched and features all too predictable rhymes.

Flip over to side two, however, and High’s other mid-tempo number, “Carolina,” is one of the best rock songs written in 2015. Here, Shogun is a dead ringer for Rod Stewart. We’re talking the cool ’70s version that fronted the Faces, whose voice cracked with emotion and climbed with ease, of course, and not the ’80s cheesedick singing disco in an oversized pastel suit. And the slower tempo with an easy strum and southern charms leaves plenty of space to appreciate Shogun’s effortless and graceful delivery. The bridge, meanwhile, is out of How to Write a Hit Song 101, with the easy strum swapped out for a work-boot stomp. I could pick up the needle and play this one time and time again, and I do.

Royal Headache may never be a finished product, or a festival headliner, here in the States, hell, they may not even be a band past this album and tour. Likewise, their first album, 2012’s self-titled affair, had it’s own issues, like instrumental cuts which sounded like they meant to have vocals but the band ran out of time, money, or patience with each other. But when they’re on (Go on play “Carolina” again), I can’t think of another man or another band I’d rather see in a packed sweatbox of a rock club on a Friday night.