Warning: "continue" targeting switch is equivalent to "break". Did you mean to use "continue 2"? in /nfs/c06/h01/mnt/88637/domains/blog.irockcleveland.com/html/wp-includes/pomo/plural-forms.php on line 210
 I Rock Cleveland I Rock Cleveland | The Rockometer: Worth a Lot of Money by OBN IIIs/S/T by Snooty Garbagemen

The Rockometer: Worth a Lot of Money by OBN IIIs/S/T by Snooty Garbagemen 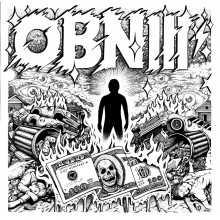 OBN IIIs
Worth a Lot of Money
12XU

When you trade in ’70s style riff rock, like the OBN IIIs do, there’s inherent risk. One hackneyed rhyme of “Rock ‘N’ Roll” and “soul” and all good will is lost. You get labeled as the kids who never left the Camaro and the high school parking lot, whose best and blurriest days all had two things in common: Budweiser cans and stank weed.

The OBN IIIs take this issue head on. On Worth a Lot of Money’s first two tracks, Orville Bateman Neely III sings of leaving in a shitty part of town and getting lucky on a scratch-off lottery ticket. There are no delusions, here. Just punked-up salutes to the ’70s rock canon and everyone from Boston, Think Lizzy, Foreigner, and Judas Priest. Even when the guitar leads sound familiar, as they do on “4KD,” and love is compared to a car (again 4KD), the boys in the band come off as sincere believers of the mantra, “We’re rockers and this is our life with double solos. Take it our leave it.”

I’ll take more of this in my life, thank you very much. 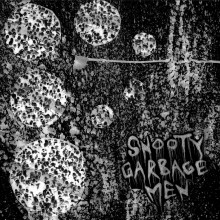 The name, Snooty Garbagemen may be a joke (it’s a Simpsons reference), but the music on their 12XU debut is some serious Rock ‘N’ Roll of the “Hey guys wanna get sloppy and jam” variety. This is music for people who spend too much time in dingy rock clubs made by three guys who’ve spent too much time in dingy rock clubs who more than likely got the idea to jam and then record while standing outside a dingy rock club because as we all know, all of the world’s greatest ideas come when you’re outside the club smoking cigarettes with others in the scene.

Aside from the obvious label connection to today’s lead review, that of the OBN IIIs new LP on 12XU, the Snooty Garbagemen also share guitarist Tom Triplett, or maybe it’s bizarro Tom Triplett. For where the OBN IIIs come off as confident and polished, true believers in Rock ‘N’ Roll, the Snooty Garbagemen come off as barely giving a single fuck. The vocals are garbled and gravelly. The guitars are low and muddled. One can hear traces of old timey blues and rockabilly and early garage rock and even Aussie yob rock, like feedtime. At least that’s what I hear spit out of the amps on these quick-hitting tracks and to these ears, the primitive bash is brilliant.

Listening to these two albums, I keep thinking back to one of the OBN IIIs earliest singles, “No Way to Rock ‘N’ Roll.” It don’t matter if you give your new LP a glossy showroom shine or a mud bath. What matters is talent and humility. No one, not the OBN IIs, the Snooty Garbagemen or 12XU label-head, Gerard Cosloy is gonna get rich off of these records. They exist because Rock ‘N’ Roll is still something to get excited about, one set by one out of town band to a half-empty room can still change a life. To think otherwise in today’s scene is foolish, and maybe have Orville write a song about your shitty band.