Warning: "continue" targeting switch is equivalent to "break". Did you mean to use "continue 2"? in /nfs/c06/h01/mnt/88637/domains/blog.irockcleveland.com/html/wp-includes/pomo/plural-forms.php on line 210
 I Rock Cleveland I Rock Cleveland | The Rockometer: The Agent Intellect by Protomartyr 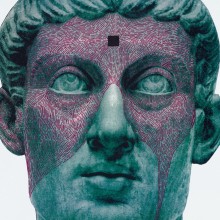 Living in a once-bustling, major Midwest metro like Detroit, requires a certain amount of resilience. Yet few, even the most avid civic boosters of Detroit or Cleveland or Buffalo, for that matter make resilience sound as virtuous as Detroit’s Protomarty do on The Agent Intellect.

The scenes are filled with petty ne’er-do-wells who brazenly sling drugs, fight in parking lots (when the Pope’s in town!) and leave their children in cars while they tie one on. To Protomartyr vocalist, Joe Casey, these are all scenes worth thorough documentation.

With a backbeat that don’t quit, guitars that crash like glass against pavement, and endless supply of ways to you won’t believe this shit, Protomartyr turn inner city life into a celebration like none other. It’s not as if Protomartyr condone drugs or child neglect, but within a traditional verse-chorus-verse structure there’s a natural rise to the chorus, making the tsk-tsking of “Dope Cloud” both a condemnation and a rousing triumph.

Even at his lowest point on “What Does is Shake?” as Casey’s own mortality gets twisted in a narrative with the blasted landscapes of his hometown and the memories of his recently deceased parents, there’s a fighter’s spirit evident both in his voice and the fearsome pound of the bass drum. This isn’t self-help. This isn’t boosterism. Casey doesn’t need the catchphrase, “Don’t give up, don’t ever give up,” as he battles the physical symptoms of anxiety. His strength has been clearly audible throughout the Agent Intellect in Protomartyr’s relentless drive to reclaim the unwanted.