Warning: "continue" targeting switch is equivalent to "break". Did you mean to use "continue 2"? in /nfs/c06/h01/mnt/88637/domains/blog.irockcleveland.com/html/wp-includes/pomo/plural-forms.php on line 210
 I Rock Cleveland I Rock Cleveland | The Rockometer: Fuzz II by Fuzz 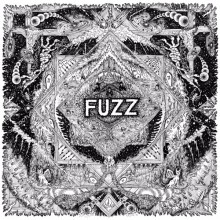 Did I miss the warning label? This new record by Ty Segall’s Fuzz should have a warning label and it should read, “Heavy shredding ahead.”

Fuzz II is a throwback, to be sure, to the days of the three dude power trio where the album served as an opportunity for dudes to shred, and then once they took their god-given right to shred to its extreme end, they went ahead and shredded some more. Early Sabbath and early Zeppelin and the heavy shit coming out of your uncle’s bedroom that scared the shit out of you as a five year old are your touchpoints. Charlie Moothart is your guitar hero, aka, the dude your uncle dreamed of being when he has getting high and scaring the shit out of you.

The trio with Moothart, Segall on drums and vox, and Chad Ubovich on bass gets locked in early, with the wild and free vibe of bell-bottoms, longhair and manly mustaches, and the smell, a witch’s brew of stank weed, beer on the basement floor, and patchouli.

One can picture the drum set perilously shaking as Segall bangs out the 4/4 beats, his sweat-streaked hair getting in the way of the mic. One can feel the bass. It may not be Sunn O))), warn the neighbors or get evicted loud, but on a good system it’ll provide a thump you can feel in your feet and up through your chest. And the solos! Did I mention Moothart loves his solos? Dude has a veritable riff racket on his peers. He’s smart enough not to make every track on Fuzz II a personal audition tape for a touring guitarist spot on the rock reunion circuit. Yet, at the same time, he’ll take any space he can find the mix to screech, peal, and wail with wah wahs, and plenty of fuzz, naturally.

Some may say there’s no place in 2015 for riff heavy retro rock. Those people are wrong. Those people also say they like all music but country, hip-hop, and stuff with screaming.