Warning: "continue" targeting switch is equivalent to "break". Did you mean to use "continue 2"? in /nfs/c06/h01/mnt/88637/domains/blog.irockcleveland.com/html/wp-includes/pomo/plural-forms.php on line 210
 I Rock Cleveland I Rock Cleveland | Watch Me: “Dust” by Parquet Courts 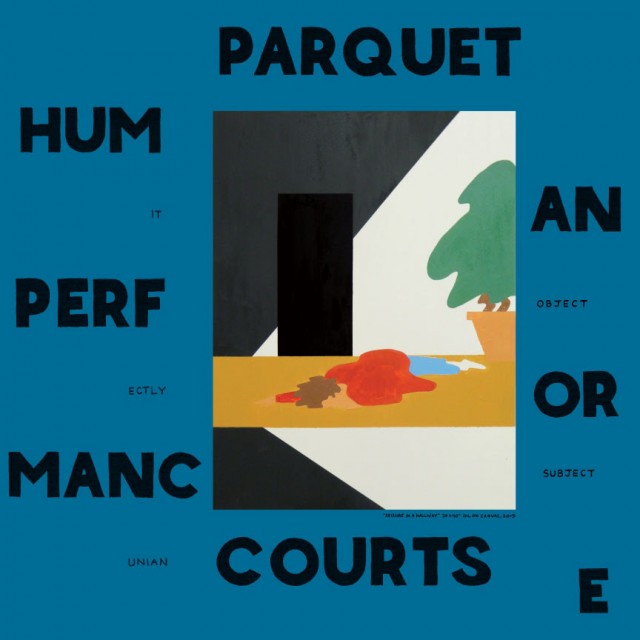 Parquet Courts released an EP at the tail end of last year. I know this because it’s filed away with all of my other albums. I can’t remember much about this particular EP aside from the fact that there was one song and a lot of four dudes fucking around with keyboards and synthesizers. It was like one of those contractual obligation releases except for the fact Parquet Courts have been on a continual rise since 2011.

I’d rather not talk about that last EP. I’d rather talk about this new video, “Dust,” from their forthcoming album, a proper album, called Human Performance (out 4.8 on Rough Trade). Just one problem. I’m not sure we get to “Dust” without first having to go through four dudes fuck with keyboards and synthesizers. While “Dust” has a similar, jittery, post-rock guitar feel as many of their most memorable songs, it is also a much fuller sound, augmented by those same keyboards and synths. I keep thinking Devo, and that office automaton at his desk in the video embedded below, reinforces my thoughts. I still don’t think I’ll pull out that album of four dudes fuck with keyboards and synthesizers the next time I want to listen to Parquet Courts.