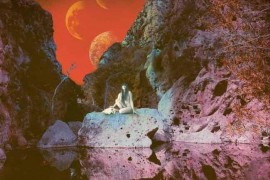 Since Earth's resurrection in 2005, the Seattle doom and drone pioneers led by guitarist Dylan Carson have etched out a respected career out of one very long, and very deliberate note. Their brand of drone, or apocalyptic folk, established on 2005's Hex; Or Printing in the Infernal Method, and later perfected on 2008's The Bees Made Honey in the Lion's Skull and the two volume Angels of Darkness,
Read More 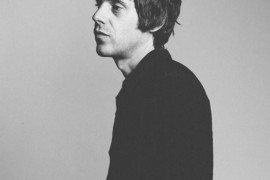 The Rockometer: Angels of Darkness Demons of Light II by Earth

From the Rocker’s Notebook: Earth, Public Enemy and Portishead Shine On the Final Night of All Tomorrow’s Parties

* Sunday began with the Browns game at Asbury Park's Wonder Bar with a group of a dozen or so Clevelanders.  We won't talk about the Browns.  ...
Read More

The Rockometer: Angels of Darkness, Demons of Light by Earth

Patient, ominous, heavy, evocative, totally f*ckin' rad -- All of the adjectives which have been used to describe the latter day output of ...
Read More

For Your Reading Pleasure: Joe Hagan Looks Into the Calming Effects of Doom Metal