Warning: "continue" targeting switch is equivalent to "break". Did you mean to use "continue 2"? in /nfs/c06/h01/mnt/88637/domains/blog.irockcleveland.com/html/wp-includes/pomo/plural-forms.php on line 210
 I Rock Cleveland I Rock Cleveland | liturgy

The tech world loves its disrupters, those whose ideas and products shake up the status quo. The music world has a much more troubled relationship with those who dare challenge convention. Acting out in public is disruptive and accepted. Flamboyance and egos can be accepted form of disruption, too. Can you say Kanye? Live hard and live fast, destroy your shit and destroy yourself and you'll be admired for your edge. But try to change the way people engage with music through philosophy? No, no, no, now you're being a conceited asshole.
Read More 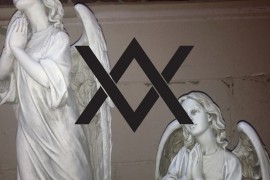 Play Me: “Quetzalcoatl” by Liturgy

Ok, so this is the new track by Liturgy, the not hipster metal, not black metal band who had unexpected, albeit hotly contested, success with their 2011 release, Aesthethica. It's different. Youtubers, being youtubers say it's the gayest shit ever. I would never say such a thing. Feces, being feces, cannot express sexual preference.
Read More

If you know one thing about the NYC metal band, Liturgy, it's probably this: The metal underground hates Liturgy as much as punks ...
Read More

2012 Pitchfork Music Festival Preview: 10 Bands Not to Miss and 1 Band That Will Be Hard to Miss

You like lists. I like lists. The internet is built upon lists. It's true. No one would make money on internet advertising if it wasn't for the 10 ...
Read More

Cleveland’s Cloud Nothings to Join Vampire Weekend, Feist, Gospeed You! Black Emperor and Others at the 2012 Pitchfork Music Festival

The 2012 Pitchfork Music Festival is slated to take place July 13th through the 15th at Union Park in Chicago and among the first acts who have ...
Read More

Liturgy Aesthethica Thrill Jockey Liturgy aren't a black metal act, but they do play one on stage and in the studio.  The Brooklyn-based band ...
Read More

Don't let the term "Black Metal" scare you.  And, for that matter, don't let that upside-down cross on the album cover, scare you, either.  ...
Read More