Warning: "continue" targeting switch is equivalent to "break". Did you mean to use "continue 2"? in /nfs/c06/h01/mnt/88637/domains/blog.irockcleveland.com/html/wp-includes/pomo/plural-forms.php on line 210
 I Rock Cleveland I Rock Cleveland | pile 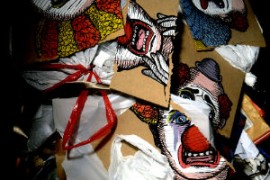 The Rockometer: You’re Better Than This by Pile

I can't say that I'd go as far as to say You're Better Than This, the new record by buzzy, Boston upstarts, Pile, is a difficult album, as Pitchfork's Paul Thompson claims in an otherwise complimentary review. Selections, like howling opener, "The World Is Your Motel," should sound familiar to anyone whose familiarity with the AmRep catalog stretches beyond knowing how to use AmRep as a shortcut for the nastier and heavier underground sounds of the '90s.
Read More 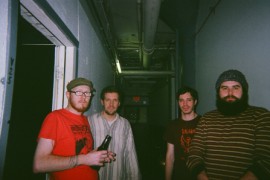 Back in the day, and on the wrong side of 40, I've earned the right to say back in the day without a trace of irony, one could judge a band by its label.
Read More