Warning: "continue" targeting switch is equivalent to "break". Did you mean to use "continue 2"? in /nfs/c06/h01/mnt/88637/domains/blog.irockcleveland.com/html/wp-includes/pomo/plural-forms.php on line 210
 I Rock Cleveland I Rock Cleveland | “Riot in the Foodcourt” by Cobra Verde

“Riot in the Foodcourt” by Cobra Verde 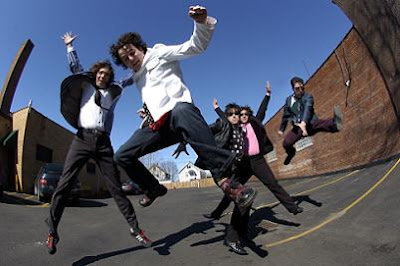 Cobra Verde’s “Riot in the Foodcourt” is a prime example of Cleveland style Rock ‘N’ Roll. It’s a mish-mash of rock, glam, punk, and power pop whipped up by a bunch of regulars who don’t know, or, more likely, don’t care what’s popular in Rock ‘N’ Roll today. It’s as if Eric Carmen got in a brawl with a bunch of punks, but instead of the punks kicking the sh*t out of the power popper, they found common ground in the classic sounds of The Who, T Rex, and The Clash, then celebrated their new found friendship by sleazing about the town with strippers and drugs. The next morning afternoon, after splitting head aches and strong bloddy marys, they wrote a jam about it. This is that kind of jam.

Cobra Verde’s Haven’t Slept All Year will be out October 28th on Scat Records. You can preorder it now directly from the Scat website.