Warning: "continue" targeting switch is equivalent to "break". Did you mean to use "continue 2"? in /nfs/c06/h01/mnt/88637/domains/blog.irockcleveland.com/html/wp-includes/pomo/plural-forms.php on line 210
 I Rock Cleveland I Rock Cleveland | Twofer Wednesday: A Pair of New Jams by Little Bighorn

Twofer Wednesday: A Pair of New Jams by Little Bighorn 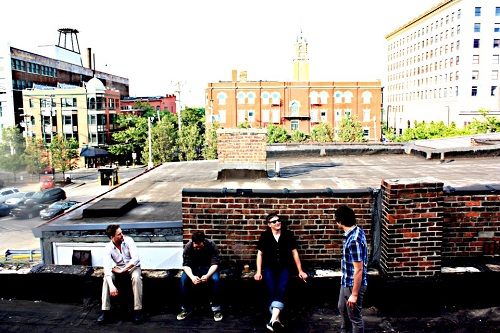 There was a time when I would have answered the questions “Who is the best rock band in Cleveland?” and “Who is the most unappreciated band in Cleveland?” with the same name, Coffinberry. For while their loud, powerful, and rugged sound, equally steeped in grunge and alt-country, was a near perfect reflection of the tough attitude of our tough town, they never really had the crowd they deserved. Then, of course, there was their farewell show at Pat’s in the Flats that overflowed the club and blocked truck traffic from the nearby industrial sites and one could no longer say they were unappreciated. Yes, they were no longer a band, but it was obvious they were loved.

Recently, two members of Coffinberry (Nick Cross and Anthony Cross) have been gigging around town in a new band, Little Bighorn, with Jason Look of Prisoners on drums and Matthew Charboneau (really, too many Clevo bands to name) on bass. And whether you were one of those crowding Pat’s in the Flats in 2010, or just someone interested in authentic, Cleveland bar band rock, Little Bighorn are for you.

Today’s first featured track, “Move in For the Kill,” will give you a good taste of where Little Bighorn differs from Coffinberry. As it moves from boozy waltz to rugged stomp, one gets the feel of The Replacements’ Paul Westerberg leading a blues review on a big stage. While the second track, “The Others,” is the one to assure those who’ve followed the Cross brothers for years that Little Bighorn can be just as loud and just as forceful as their old band. Live, this one is bound to both shake the walls and shake some action from Clevo rock fans.

Little Bighorn’s debut album, Chaperones, will be available when the band play their LP release show on Saturday, June 23rd at The Happy Dog. This one is very limited (first press of only 100 copies), so if you want one, you’re best bet is to be there.