Warning: "continue" targeting switch is equivalent to "break". Did you mean to use "continue 2"? in /nfs/c06/h01/mnt/88637/domains/blog.irockcleveland.com/html/wp-includes/pomo/plural-forms.php on line 210
 I Rock Cleveland I Rock Cleveland | 2013 Pitchfork Music Festival: M.I.A. 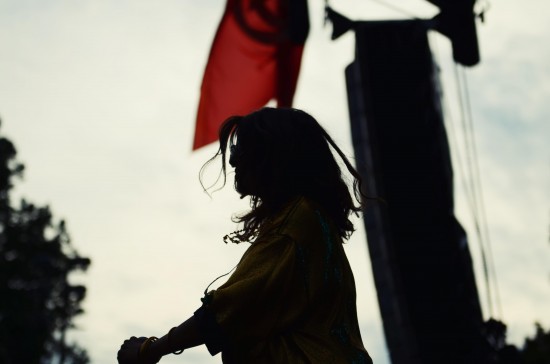 There were times during M.I.A.’s Sunday evening set at the Pitchfork Music Festival, where she appeared to be every bit the headliner as the night’s official closing act, R. Kelly. The stage was decorated with six large, white wheels, each which lit up in carnival colors. A large, rectangular pattern, near the rear of the stage, lit up like a technicolor Persian rug. The bass was crisp. The beats were sharp. Dressed in a long, gold lame top (and back to her naturally dark, hair color for the curious), and surrounded by dancers in bright spandex, she led an amped crowd into a massive dance party to both early singles like “Bucky Done Gone,” and fresh cuts like “Bring the Noize.” 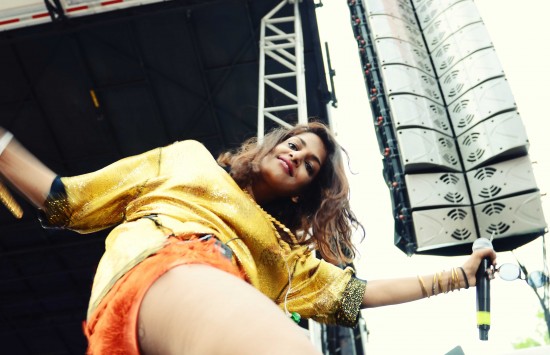 There were other times, like when M.I.A. played what I’m guessing to be her new single, a song which began with an old-school clap track to which no one clapped, that things didn’t go so well. She cut the song one minute in and told the crowd, “Oi, we’re shooting a video. Let’s get crazy.” The second time through the same song, the crowd responded better.

Plus, for a performance light on technical performance — M.I.A. was singing to backing tracks for a good portion of the set, and all of the music, save some percussion, was started with one button, there was an uncommon amount of technical difficulties.

None of this mattered when M.I.A. cranked the Suicide-sampling, “Born Free,” the Clash-sampling, “Paper Planes,” and one of her first hits, “Galang.” The entire ground flowed with bodies grooving and arms in the air. This was M.I.A. the night’s usurper.

That time when she tried to play one more song and the music quit completely, that would have been M.I.A., at not quite her best. 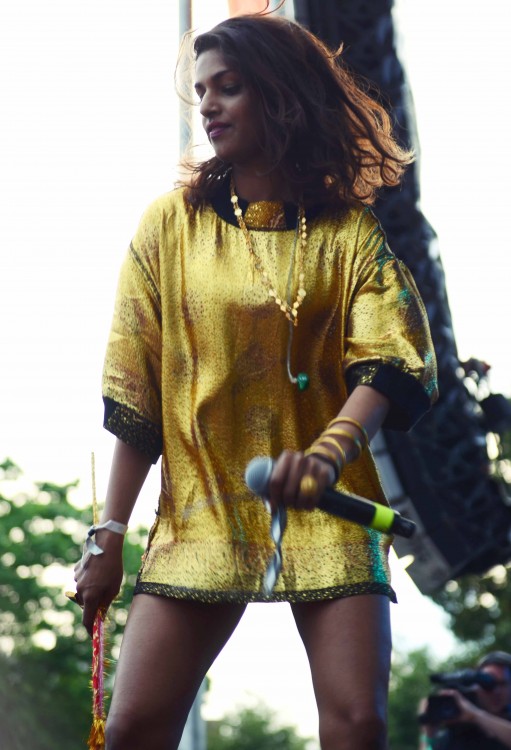 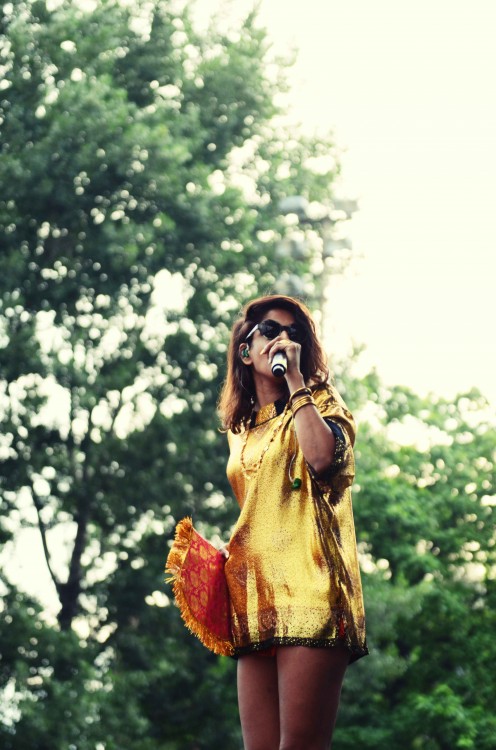