Warning: "continue" targeting switch is equivalent to "break". Did you mean to use "continue 2"? in /nfs/c06/h01/mnt/88637/domains/blog.irockcleveland.com/html/wp-includes/pomo/plural-forms.php on line 210
 I Rock Cleveland I Rock Cleveland | The Rockometer: Jinx by Weekend

The Rockometer: Jinx by Weekend 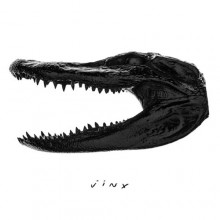 All this beauty, and to what end?

Jinx, the sophomore album by the NYC via San Francisco band Weekend, is one of the most complete recreations of late ’80s and early ’90s UK dream pop and shoegaze you’re likely to come across. Not one whoosh and not one whir is out of place. Drums, vocals, keyboards and guitars are instruments in the dictionary sense of the word: tools needed to reach a specific end. Every touch of reverb and every extra bit of echo was contemplated and coordinated to fit within the band’s vision of a blurry early morning, the time when the boundary between conscious and unconscious is at its least secure.

Jinx is the work of perfectionists. Measured sounds effortlessly fade in and out, moving from the whisper of a light drizzle to the crack and flash of a thunderstorm. And, at various points throughout its ten tracks, you’ll encounter moments which bring to mind such luminaries as New Order, The Stone Roses and My Bloody Valentine.

Still, something is missing. As dazzling as Jinx can be, on both the home hi-fi and a quality pair of headphones, the individual tracks, themselves, never stand out from the whole. It all moves by pleasantly and rather anonymously, making it difficult to connect Jinx to a specific band or even a specific era. For Weekend, a little personality would have gone a long way into making their music more than an exact replication.