Warning: "continue" targeting switch is equivalent to "break". Did you mean to use "continue 2"? in /nfs/c06/h01/mnt/88637/domains/blog.irockcleveland.com/html/wp-includes/pomo/plural-forms.php on line 210
 I Rock Cleveland I Rock Cleveland | Riot Fest Saturday: Dinosaur, Jr, Guided by Voices, and FLAG 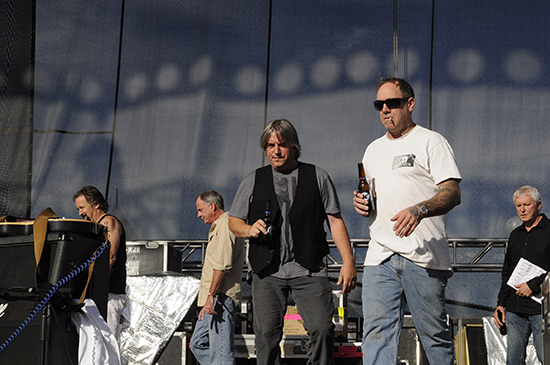 Coming into Riot Fest Chicago, I had planted all of these clever alternate festival names in my mind, like Who Let the Olds Out, Moms-And-Dads-in-Bands-a-Palooza, and The Bands That Time Forgot. But my favorite was, Our Band Could Have Been Your Life, LIKE 20 YEARS AGO, a play on Michael Azzerad’s quintessential retelling of the early days of indie rock in the 1980s, Our Band Could Be Your Life.  My itinerary for my two days in Chicago at Humboldt Park included five acts with strong connections to Azzerad’s book: FLAG (featuring members of Black Flag), Mission of Burma, Bob Mould (of Husker Du), Dinosaur, Jr, and the biggest surprise of them all, a reunited Replacements featuring Paul Westerberg and Tommy Stinson.

All joking aside (and didn’t anyone bother to call Mark Arm and Mudhoney? They did release a new album in 2013), Riot Fest is a different sort of festival. For one, the focus is on mid-tier legacy acts, both punk and indie, whose appeal isn’t strictly critical or cool, but in the fact that people know who these bands are and people love them. God bless Joanna Newsome and her voice like a Keebler Elf, and that fucking harp of hers, but she would never get invited to Riot Fest. Neither would artists like Bjork and Belle and Sebastian. They don’t have the necessary fun factor.

Even more obvious to anyone in attendance, Riot Fest packs the field of Humboldt Park with fun non-musical attractions. There’s your standard carnival fare, like ride-at-your-own-risk rides and funnel cakes. And then, there’s this, a butter sculpture of John Stamos: 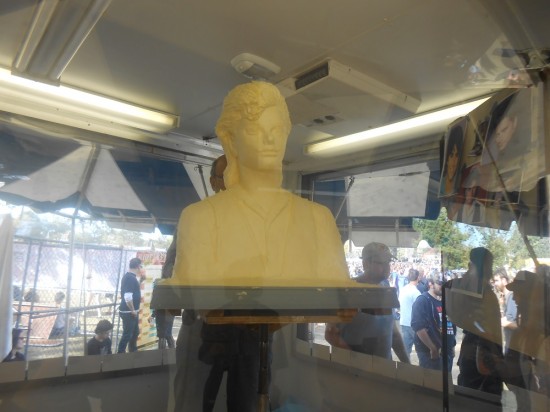 and performers from the RBWA, the Really Bad Wrestling Association: 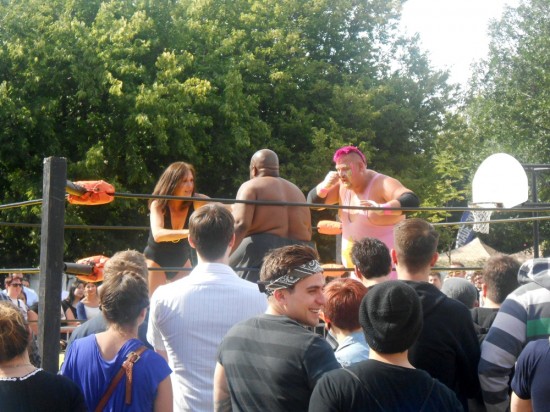 Considering how much Riot Fest aims to please, it should be no surprise that the acts get into the spirit, too. 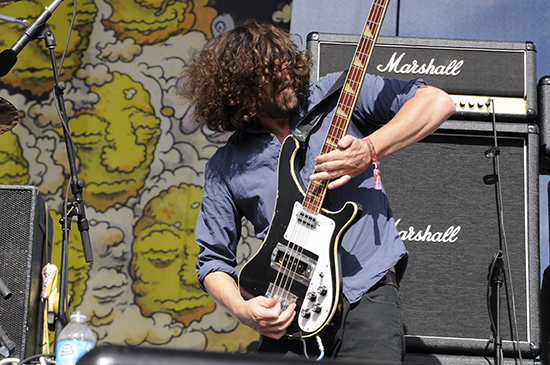 Unlike the set lists of recent tours, Dinosaur, Jr packed their 45 minutes with crowd-pleasers. J., Rock ‘N’ Roll Svengali, Mascis, with his stoic poses and long grey hair, Lou Barlow and his uncontrollable mop top, and Murph, with his assortment of grins and grimaces, went deep with cuts like “The Wagon,” “Feel the Pain,” “Out There,” “Freak Scene,” and their cover of The Cure’s “Just Like Heaven.” It was some tasty racket. 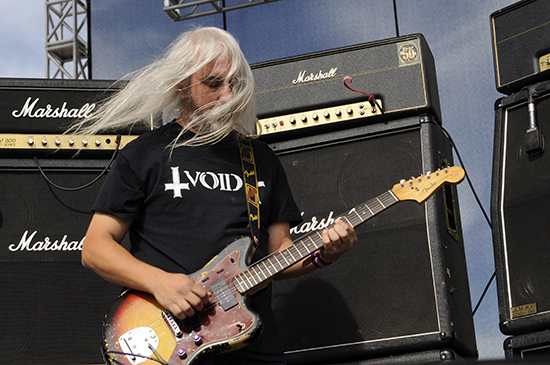 Speaking of going deep, Robert Pollard and Guided by Voices sent the gathered crowd at The Roots Stage into overdrive when they unexpectedly cranked out “Teenage FBI,” from the 1999 album, Do The Collapse.

Since GBV got back together in 2010, the classic lineup of Robert Pollard (vocals), Tobin Sprout (guitar/vocals), Greg Demos (bass), Mitch Mitchell (guitar), and Kevin Fennell have played out just about every cut they recorded between 92-96, and have done a fine job working in tracks from their four recent releases, but they have mainly stayed clear of those Guided by Voices songs recorded when Pollard was backed by an entirely different band. Surprise! There’s the teenage FBI. 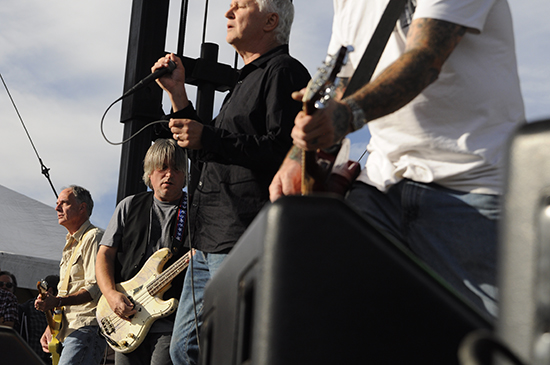 The rest of their hour-long set was an even mix of new and old. Bee Thousand got a lotta love on this day.  Songs like “Echos Myron,” “Mincer Ray,” “Smothered in Hugs,” and “I Am a Scientist,” “Gold Heart Mountaintop Queen Directory” featured prominently in this boozy, late afternoon sing-a-long. Add in “Quality of Armor” and “Unleashed! The Largehearted Boy” from Propeller and “Game of Pricks” from Alien Lanes” and you had a crowd and a band who were both buzzing. 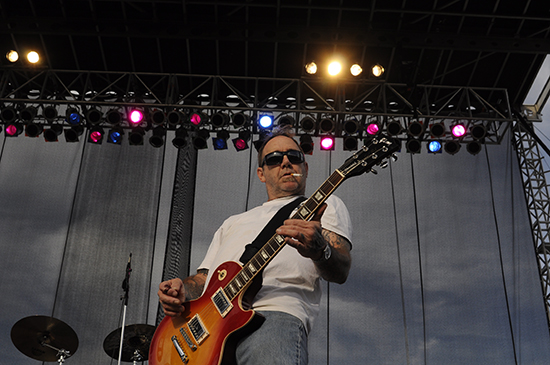 There was Uncle Bob with his bottle of tequila, bottle of Crown, and generous supply of Miller Lite. Ever the gracious host, he was honored to be opening for Blondie. Ever the showman, he was lubed up and ready with those classic rock kicks of his. The crowd responded appropriately with beers in the air and shouted lines from their favorite songs. It was one of the rowdiest and one of the most satisfying Guided by Voices performances since their first set of reunion dates. Furthermore, those hooky, two-minute pop songs and the raucous party they inspired, made GBV the perfect afternoon booking for both the fans and organizers of Riot Fest. Well played, sirs. 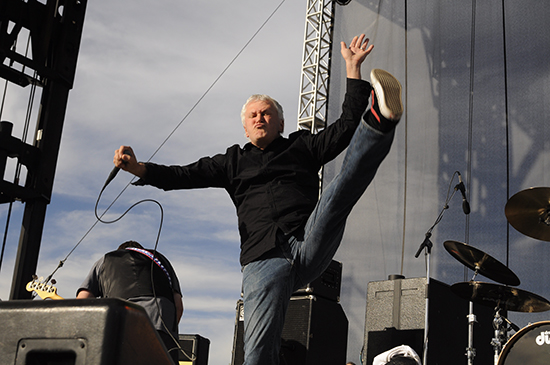 Now, it’s time for the part of the evening I’m calling the Good, The Bad, and FLAG.

First, let’s cover for the good. It’s hard to complain about music, or life in general, when you’re inside of a crowd some 10,000 strong, watching five men rip through the classic hardcore material of Black Flag.

Punk rock survivors Keith Morris, Dez Cadena, Bill Stevenson,  Steven Egerton, and Chuck Duckowski murdered the classics, in a good way, as they faithfully ripped through beloved numbers like “Wasted,” “Six Pack,” “Rise Above,” “Gimme Gimme Gimme” and “Jealous Again.” They were enjoying themselves. And the bro next to me who had no idea who these geezers were, enjoyed their performance, too. His quote, in reference to FLAG was something like, “I don’t know who you are, but I love you!” 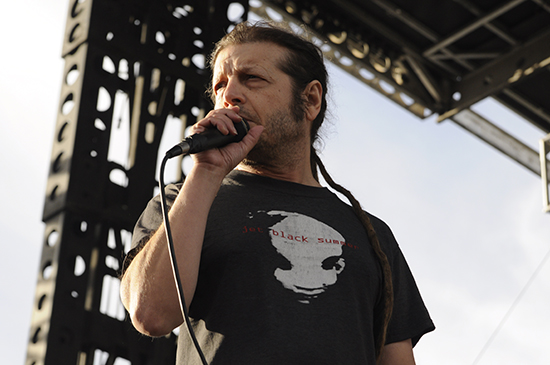 As for the bad, I can’t really say anything about their performance, other than the fact they were playing Black Flag songs, was exceptionally memorable. 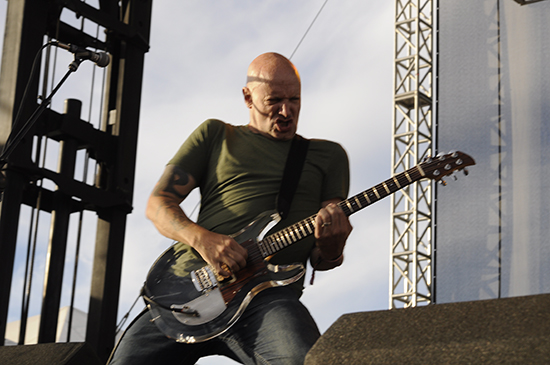 Lastly, about FLAG and that nasty business between the Keith Morris led band (FLAG) and Greg Ginn, who’s suing Keith Morris for touring under the name FLAG because Ginn is the real Black Flag, the less that’s said about that matter, the better. Just thinking about that lawsuit and how Black Flag has now joined such forgettable rock acts like LA Guns in the unglamorous list of two versions of the same band touring at the same time, makes me shudder. I’m glad FLAG stayed focus and true to the music. I only heard one reference to that motherfucker, Greg Ginn, during their set. And those are Morris’ words, not mine. I am Switzerland. I am not taking sides on this one. 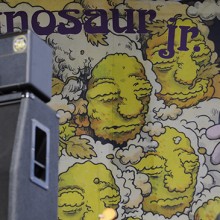 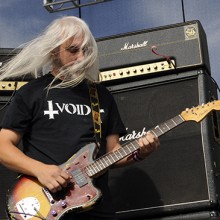 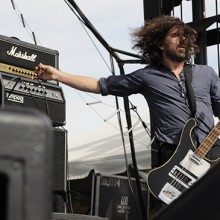 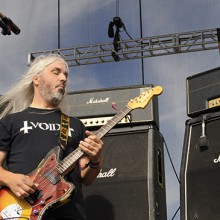 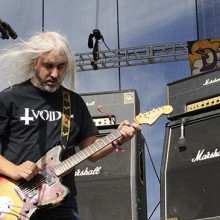 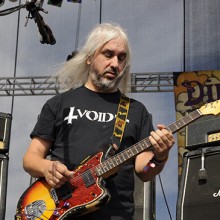 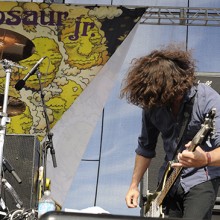 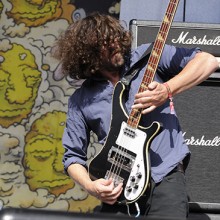 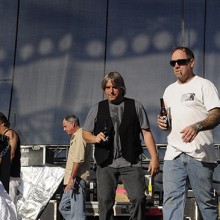 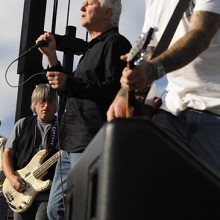 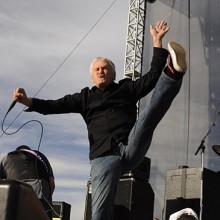 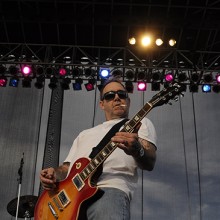 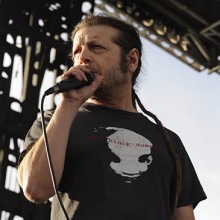 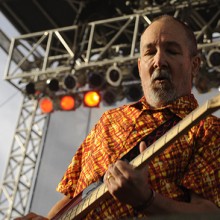 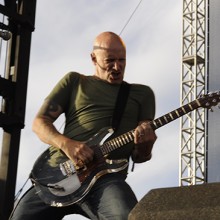 The Butter John Stamos and the picture of the RBWA in action were taken by Bill Lipold. All other photos are by Mara Robinson.