Warning: "continue" targeting switch is equivalent to "break". Did you mean to use "continue 2"? in /nfs/c06/h01/mnt/88637/domains/blog.irockcleveland.com/html/wp-includes/pomo/plural-forms.php on line 210
 I Rock Cleveland I Rock Cleveland | The Rockometer: New Bermuda by Deafheaven 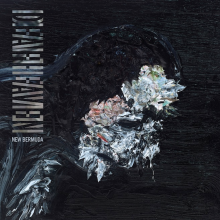 Black metal doesn’t like California black metal band, Deafheaven, that much has been established since the band’s rapid ascent. But did you know, Deafheaven, in addition to being influenced by black metal, but not being a black metal band, is fond of Brit-Pop icons, Oasis? In a lengthy profile in Pitchfork that is well worth the read (dude’s didn’t have it easy, dude’s had to hustle and grind), lead guitarist Kerry McCoy was proud of the fact that Deafheaven’s third album, New Bermuda, was scheduled to be released on the 20th anniversary of Oasis’ (What’s the Story) Morning Glory?

What? You never heard the Oasis influence between all the blast beats and perma-crescendo guitars? The band’s debt to shoegaze and post-rock are a given. They have a flair for grand, over-arching guitar melodies and have covered Mogwai in the past. Their ties to classic metal are easily identifiable, too. In addition to the aforementioned blast of black metal, the band weave in sections of classic, west coast speed metal riffs. But Oasis? Listen to the second half of “Come Back,” and tell me that doesn’t sound like ecstatic comedown of a ’90s English anthem.

Vocalist George Clarke may generate the most headlines because his vocal style is that of a walker’s wretched last words before its head is split on The Walking Dead, but it’s McCoy, and second guitarist, Shiv Mehra who make New Bermuda such a joy. While McCoy’s screaming something about “suburbia,” (for real, “suburbia” is the only word discernible without a lyric sheet), there are literally decades worth of guitar sounds to be found on New Bermuda: Glitter and gore, ecstatic and beat down; guitars churn out hair-flying headbangers like something off of Master of Puppets, pastoral moments which wouldn’t sound out of place on a longhair’s folk album, and, yes, big fucking crescendos.

Most surprising, however, is album closer “Gifts for the Earth,” where the churn of metal is exchanged for the shimmering melancholy of something like The Cure’s Disintegration. Initially, McCoy’s grunting sounds out of place, as if maybe his midtempo voice should be a different voice than his metal voice. What doesn’t sound out of place are those moments between the melancholy and between the churning, effects-laden space boogie, and between the orchestral highs, those brief melodies that sound as if they could have been penned by the Gallaghers, themselves.