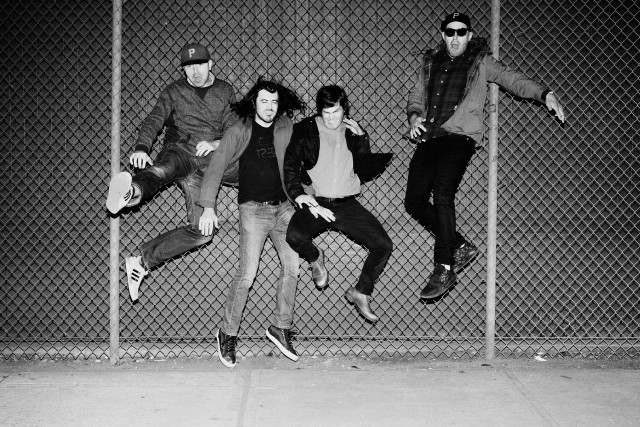 The Gotobeds by Shawn Brackbill

2014 saw Pittsburgh’s finest, The Gotobeds, release the best album of slop punk and pop junk recorded in years. It was a masterpiece of biting one-liners and unexpected ear worms. To this day, I can’t set foot in The City without the line, “New York’s alright if you can get your dick sucked,” playing round my head on repeat. Out on Gerald Cosloy’s 12XU Records, Poor People Are Revolting, may not have gotten the attention it deserved, but it caught the right ears, as their followup, Blood/Sugar/Secs/Traffic is slated for a June 10th release on the venerable indie label, Sub Pop. Its first single, “Real Maths/Too Much,” won’t surprise anyone who’s heard the Gotobeds before, this franken-combo crafted out of a ’90s slacker rock soul and armed with bitter punk rock snarl is their thing. The music jerks uncomfortably, clangs haphazardly, then aligns for the well-timed zinger and a rousing fucking chorus.