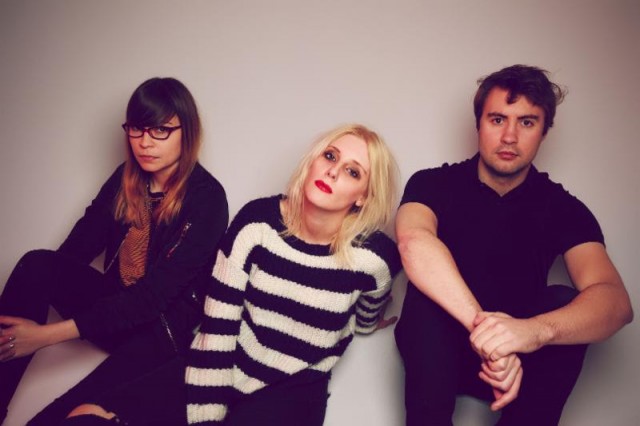 Now, this is what I call a ripper. White Lung’s “Kiss Me When I Bleed” is all punky and grungy, Five Hour Energy stacked with Five Hour Energy, shredding on top of shredding, longhairs headbanging and skinny kids, well, looking disinterested. Fuck the cool kids and turn it up. White Lung’s new album, Paradise, will be out May 5th on Domino Records. The band will be in Cleveland for a show July 19th at the Beachland Ballroom.

Neo-shoegazers, Nothing, are one of those bands that become more powerful when you learn a little something about them. For example, lead singer, Domenic Palermo did hard time after he was convicted of assault and attempted murder from a brawl while he was in the hardcore band, Horror Show. Then, when he got out of prison, he was massively depressed and suicidal. Now, the title of their new single, “Eaten By Worms,” doesn’t sound like dudes being dramatic for drama’s sake. Rather, here’s a band where dudes have been though heavy times, when resting with the worms didn’t sound like that bad of an option.

Musically, “Eaten By Worms,” doesn’t break new ground — The opening guitar melody is reminiscent of the deliberate progressions of Nirvana’s “Heart-Shaped Box,” and the pedal stomp and big fuzz is to be expected in a Nothing rocker. A strange thing happens, however, when you keep all of that human heaviness in mind. Whispered vocals and strained keyboard sequences begin to carry as much weight as the sound of hundreds of guitars squealing. Look for Nothing’s new release, Tired of Tomorrow, to be out May 13th on Relapse Records.

With a little Magical Mystery Tour and a little West Coast freak folk and a crisp guitar tone that sparkles even on shitty laptop speakers, Steve Gunn makes quite the introduction for his June 3rd Matador Records debut, Eyes on the Lines. Just be sure to stick with this one to the end, for while the first three-and-a-half minutes are sunkissed and pleasant in a way any number of modern folkies are pleasant, the final minute is where the choogling comes in and Gunn’s talent becomes even more apparent.