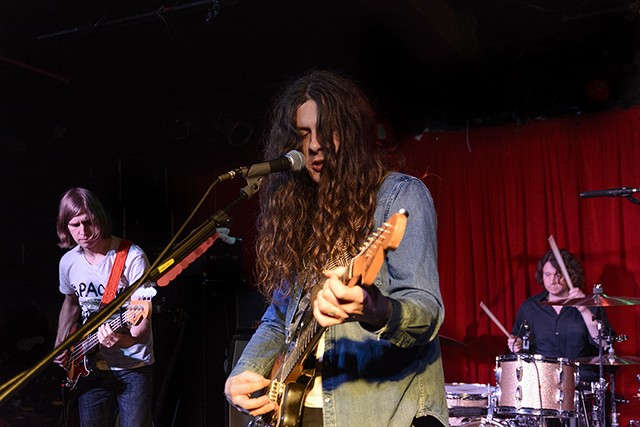 Kurt Vile is chill, so fucking chill. Words crawl out of his mouth in a slacked drawl. Notes from his guitar have so much reverb they sound as if they had wobble their way through jelly on their way from the stage to your ears. Kurt Vile is so fucking chill, he inspires conversations between strangers on the amazingness that is legal weed in Colorado.

The truth is, it takes a lot of work to be that chill. Vile alternates nimble finger picking with all out assaults on his guitar. 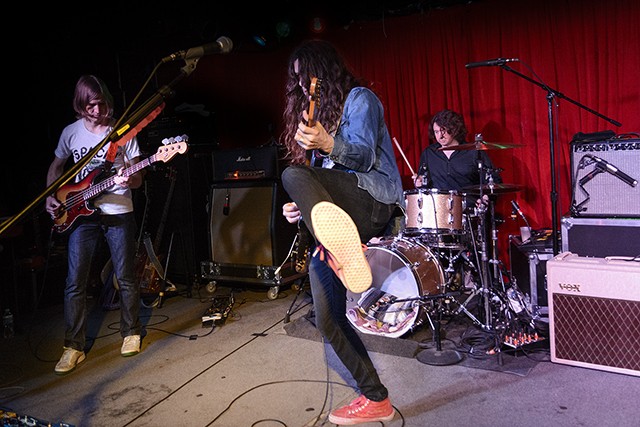 You missed that kick, didn’t you? In a packed Grog Shop, one could only see the top of Vile’s mop, not his kick, or his sturdy, metal inspired shred pose. 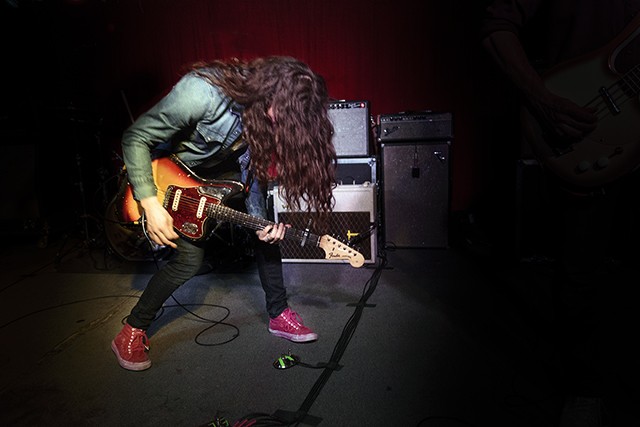 Songs like “Pretty Pimpin,” from his latest Matador Records release, b’lieve i’m goin down, and “Wakin on a Pretty Day,” from 2013’s Waking on a Pretty Daze, perked up the people, despite the overwhelmingly mellow sounds of Vile’s now trademark mix of easy folk and weirdo blues. A trip to the back catalog for “Freak Train,” and its motorik fueled shred and skronk, would later provide a much appreciated jolt of energy.

Opening for Vile on this Friday night was Philly cohort and frequent collaborator, Purling Hiss. On previous trips to Cleveland, Mike Polizze configured his band as a traditional power trio, bringing arena-sized pomp to lo-fi recordings. This time around, after just releasing a three track EP of unabashed power pop, Polizze took the stage with himself, a seat, some guitars, and enough gear to loop additional guitar and bass tracks. Those power pop jams got wonderfully wrecked with spaced-out diversions and piercing six string shrieks. And while Polizze couldn’t match the chainsaw volume of a band like Spacemen 3, whose “Walking With Jesus,” he covered late in his set, the mania of those multiple guitar tracks all battling for space in your mind meant he owned that track in spirit. 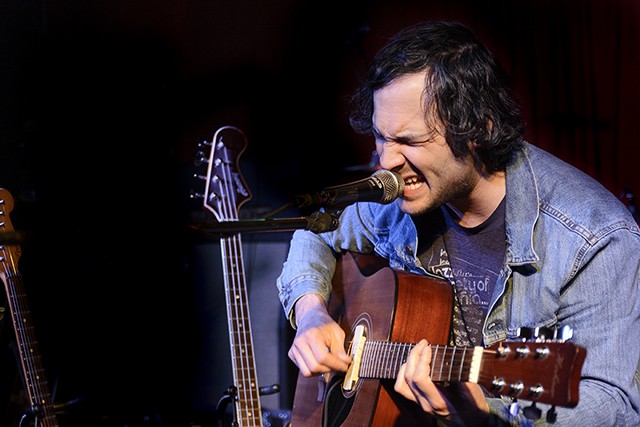